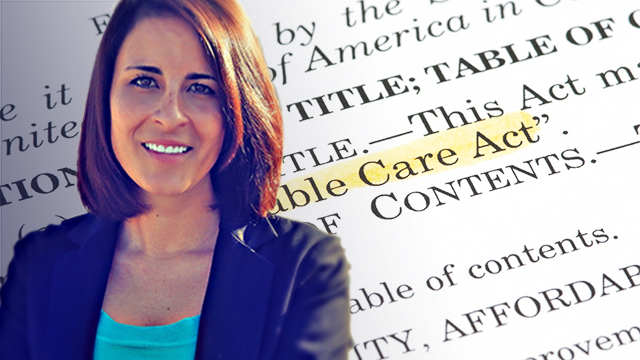 
On January 14, 2021, Planned Parenthood Southeast and the Feminist Women’s Health Center filed a lawsuit challenging the Trump administration’s approval of Georgia’s waiver under Section 1332 of the Affordable Care Act (ACA). The lawsuit was filed in federal district court in DC. This post summarizes that legal challenge as well as parts of President Biden’s recent proposed pandemic relief package that relate to the ACA and coverage. The $1.9 trillion American Rescue Plan includes several coverage-related proposals and would follow the pandemic relief passed by Congress in December 2020.

Regular readers know that the Trump administration—through the Centers for Medicare and Medicaid Services (CMS) and the Treasury Department—approved a broad waiver request from Georgia under Section 1332 of the ACA. The approved waiver authorizes the state to establish a reinsurance program for plan year 2022 and eliminate the use of HealthCare.gov beginning with plan year 2023. CMS and Treasury approved the waiver application on November 1, 2020. The history of Georgia’s waiver application and approval is summarized in prior posts as well as in the complaint filed in the lawsuit.

The reinsurance portion of the waiver is straightforward; of the 16 states with an approved Section 1332 waiver, all but one state has established a state-based reinsurance program. But the second part of the waiver application, known as the Georgia Access Model, is far more controversial. This is the broadest waiver yet to be approved under Section 1332 and relies on interpretations of Section 1332 made in much-criticized Trump-era guidance from 2018.

Critics have long argued that Georgia’s proposal fails to satisfy Section 1332’s procedural and substantive guardrails, meaning it could not be lawfully approved by the Trump administration. Given this controversy, legal challenges to the waiver approval were expected.

Planned Parenthood Southeast and the Feminist Women’s Health Center—represented by Democracy Forward—filed a lawsuit in federal district court in DC on January 14, 2021. The lawsuit alleges that the Trump administration’s 2018 guidance and approval of Georgia’s waiver are unlawful because these actions violate Section 1332 of the ACA and the Administrative Procedure Act (APA). The lawsuit also cites many of the Trump administration’s ongoing efforts to undermine the ACA as evidence that the 2018 guidance and waiver approval are part of a pattern of ACA sabotage.

In particular, the plaintiffs argue that the 2018 guidance and waiver approval are contrary to Section 1332, exceed the scope of the agencies’ authority (by allowing states to waive non-waivable provisions of the ACA), and are arbitrary and capricious. They also argue that the waiver approval failed to satisfy procedural requirements under the ACA and APA because Georgia and the Trump administration “rushed through the process without adequate time for public comment and without adequate clarification of how the state intends to approach key issues.” Here, the lawsuit points to the fact that Georgia went through four iterations of its waiver application, that its application was incomplete, and that only eight comments (less than one half of one percent) of the 1,826 total comments submitted during the most recent federal public comment period were in support of the Georgia Access Model.

As such, the plaintiffs ask the court to vacate both the approved waiver and the 2018 guidance and declare that they are unlawful. They also ask that the federal government be enjoined from taking further action on Georgia’s waiver or considering other waivers under the 2018 guidance. The plaintiffs acknowledge that the reinsurance portion of the waiver is uncontroversial and that the focus of the lawsuit is on the Georgia Access Model; however, the plaintiffs challenge approval of the waiver as a whole and ask the court to set aside the waiver in whole or in part. The plaintiffs have not sued Georgia, although it is possible that Georgia may ask to intervene in the litigation to defend its interests.

Much of the lawsuit turns on how the Trump administration interpreted the statutory guardrails under Section 1332 and long-standing concerns about direct enrollment and enhanced direct enrollment. Federal officials can grant a Section 1332 waiver only if a state demonstrates that their proposal meets certain statutory “guardrails.” These guardrails ensure that a waiver proposal will 1) provide coverage that is at least as comprehensive as ACA coverage ( “comprehensiveness” guardrail); 2) provide coverage and cost-sharing protections that are at least as affordable as ACA requirements (“affordability” guardrail); 3) provide coverage to at least a comparable number of residents as under the ACA ( “coverage” guardrail); and 4) not increase the federal deficit. The Obama administration issued guidance in 2015 on its interpretation of these guardrails.

The lawsuit argues that the Georgia Access Model violates all four statutory guardrails because it will “drastically underperform the ACA.” The waiver proposal could lead to net enrollment losses in Georgia, which violates the coverage guardrail. The waiver could lead some consumers to enroll in non-ACA plans (such as short-term plans) with benefit gaps, which violates the comprehensiveness guardrail. And consumers will have to pay higher premiums and out-of-pocket costs through higher broker commissions, reduced competition, and adverse selection against the ACA markets, which violates the affordability guardrail and potentially the deficit neutrality guardrail (since higher ACA premiums mean higher federal outlays in the form of premium tax credits).

As health care providers in Georgia, Planned Parenthood Southeast and the Feminist Women’s Health Center allege they will be harmed for several reasons. They argue that the Georgia Access Model will make it more difficult and expensive for their patients to obtain health insurance. Fewer patients with health insurance will result in higher levels of uncompensated care. More uncompensated care will strain the plaintiffs’ resources and limit other services, such as community outreach. The loss of coverage resulting from the waiver will leave their patients in worse health and develop more complex treatment needs, making it more expensive for plaintiffs to treat those patients as a result. And approval of the waiver will make it more complicated for the plaintiffs to assist their patients with enrollment.

The lawsuit was assigned to Judge James E. Boasberg of the federal district court for DC. Health policy watchers know Judge Boasberg as the judge who repeatedly invalidated the Trump administration’s approval of state Section 1115 waivers with work and community engagement requirements. He is thus no stranger to assessing the legality of waiver approvals under the APA and other federal statutes.

Georgia’s waiver agreement includes some unique terms and conditions relative to waivers in other states. Those terms seem designed to limit the federal government’s ability to suspend or terminate Georgia’s waiver. But the federal government can do so as long as it complies with relevant procedures. This includes notifying Georgia of its determination, providing an effective date, and citing reasons for the amendment or termination (i.e., why the Georgia Access Model fails to satisfy Section 1332’s substantive guardrails). Georgia would have 90 days to respond, with the possibility of providing a corrective action plan to come into compliance with the waiver conditions. Georgia must also be given an opportunity to be heard and challenge the suspension or termination.

Alternatively, the Biden administration could regularly assess and monitor the state’s compliance with the terms and conditions and its progress, or lack thereof, in implementing the Georgia Access Model. Federal officials do this with all waivers. Under the waiver approval, Georgia must, for instance, satisfy requirements related to funding, reporting and evaluation, development of an outreach and communications plan, and operational standards for eligibility determinations. If Georgia fails to comply with these terms and conditions, that too would be grounds to initiate the process to amend or terminate parts or all of Georgia’s waiver.

On January 14, a few days before taking office, President Biden issued a 19-page fact sheet outlining his proposed American Rescue Plan to contain the COVID-19 virus and stabilize the economy. The announcement praised the bipartisan package adopted in December 2020 as “a step in the right direction” but notes that Congress did not go far enough to fully address the pandemic and economic fallout. Following Inauguration Day, Biden is expected to lay out an additional economic recovery plan.

Among many other initiatives, the comprehensive $1.9 trillion plan would provide funding for a national vaccination program, create a new public health jobs program, provide funding for schools to reopen safely, extend and expand emergency paid leave, extend and expand unemployment benefits, raise the minimum wage, and deliver $1,400 in support for people across the country. The Biden plan also calls for preserving and expanding health insurance, noting that 30 million people were uninsured even before the pandemic and that millions may have lost job-based coverage in 2020.

First, the American Rescue Plan calls for Congress to provide COBRA subsidies through the end of September. Presumably, these subsidies would be available from the beginning of 2021, rather than subsidizing premiums from 2020. COBRA subsidies during an economic emergency are not new. Congress subsidized COBRA premiums during the 2008 recession, with mixed results. Full COBRA subsidies were included in the original Heroes Act passed by the U.S. House of Representatives in May 2020, although not in the revised Heroes Act that was passed by the House in October 2020. But neither bill was ever taken up by the U.S. Senate. It is not clear from the fact sheet whether the Biden administration is aiming for full COBRA subsidies where the government would pay 100 percent of the premiums for COBRA coverage for laid-off workers and furloughed employees—or some other amount (e.g., 80 percent of premiums).

Second, the American Rescue Plan would accomplish one of candidate Biden’s key campaign promises by expanding and increasing the value of premium tax credits under the ACA. Democrats in Congress have repeatedly passed legislation that would accomplish what the American Rescue Plan fact sheet seems to call for. For instance, the Patient Protection and Affordable Care Enhancement Act—passed by the House in July 2020—would have expanded the availability of premium tax credits to those whose income is above 400 percent of the federal poverty level and made those credits more generous by reducing the level of income that an individual must contribute towards their health insurance premiums to 8.5 percent for those with the highest incomes. This subsidy expansion and enhancement would improve the affordability of coverage for millions of Americans who purchase coverage in the individual market.

Beyond COBRA and ACA subsidies, the American Rescue Plan calls for additional funding for veterans’ health care needs and for the Substance Abuse and Mental Health Services Administration and the Health Resources and Services Administration to expand access to behavioral health services. The proposal would also increase the federal Medicaid assistance percentage (FMAP) to 100 percent for the administration of COVID-19 vaccines to help ensure that all Medicaid enrollees will be vaccinated. The proposal does not appear to otherwise mention Medicaid, which is serving as a key safety net as incomes have dropped for millions of Americans, despite bipartisan support for an enhanced FMAP during the pandemic. 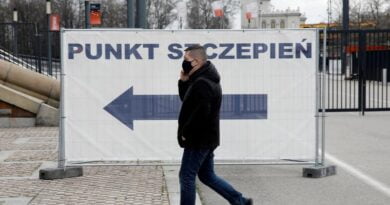 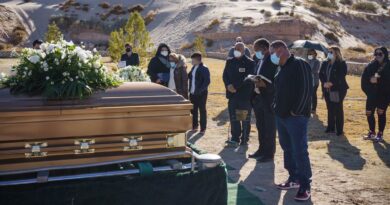 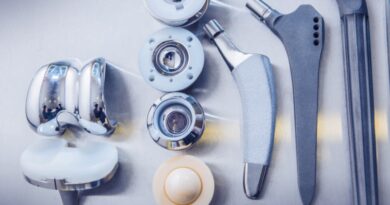