Despite their luxury lifestyles, high profiles and lives in the spotlight, celebrities are really just like the rest of us – every now and again, they all cross paths with someone they cannot stand.

Wagatha Christie’s High Court instalment, Will Smith and Chris Rock’s Oscars slap, and the Olivia Wilde vs Florence Pugh drama have been amongst the better known celebrity clashes of 2022, but there have been many more rows and fallings out this year.

In July, the case finally reached its legal conclusion at the High Court where Rebkah Vardy’s claim against Coleen Rooney for libel was dismissed, but the animosity rumbles on.

Of course, the spat got its name from Rooney’s 2019 detective work in discovering who had leaked stories about her to The Sun, which she publicised on Twitter ending with the infamous words « It’s…Rebekah Vardy’s account. »

Read more: The most searched actors of 2022

But Vardy was still insistent it had nothing to do with her, presenting a broken laptop and a suspicious story about her agent’s phone having been lost in the North Sea after being asked to produce WhatsApp messages as evidence.

The court case might be over, but there’s a Channel 4 TV drama and a Disney+ documentary about it still to come.

Wilde vs Pugh has been one of the most talked about celeb feuds of the year, although it seems no one is quite sure what happened.

Both starred in the film Don’t Worry Darling, which Wilde also directed, and a lot of the controversy stemmed from Wilde casting Harry Styles – who she later ended up in a relationship with – as Pugh’s character’s husband, a replacement for Shia LaBeouf.

Wilde had claimed she fired LaBeouf to make Pugh feel safe on set, but he claimed he had walked away and leaked a video in which he claimed Wilde was begging him to stay where she was heard telling him « I think this might be a bit of a wake-up call for Miss Flo ».

Read more: Celebrities we lost in 2022

Meanwhile, reports from set claimed that after Styles’ arrival, Wilde and Pugh had a screaming match on set over Wilde’s « frequent, unexplained absences » with Styles.

Pugh, who at the time was dating Zach Braff, a good friend of Wilde’s then partner Jason Sudeikis, was also said to be unhappy about Wilde and Styles’ physical contact.

British actor Pugh missed a series of high-profile events in promoting the film, and although neither of them has ever confirmed a rift, they also haven’t categorically denied there was a problem.

Piers Morgan vs Everyone

Piers Morgan’s 2022 has included so many celebrity clashes that it’s impossible to narrow them down to just one – although his ongoing criticism of Prince Harry and Meghan would be a top contender.

Journalist and broadcaster Morgan has not held back in his criticism of the Duke and Duchess of Sussex, particularly their new Netflix documentary.

He has also continued his long-running spat with rival broadcaster Dan Walker, blocked Simon McCoy in a row over ratings, angered Donald Trump in a TV interview, and accused Nigel Farage of sabotaging the Trump chat.

Added to that, he called John Cleese a « sad old bore », accused Adele of « disappearing up her celeb backside », labelled Kirstie Allsopp « unbelievably stupid and privileged », and clashed with Denise Welch over COVID.

Morgan has stoked his feud with David Walliams a couple of times in the last 12 months – earlier in the year calling him « creepy » and more recently weighing in on an expose of his rude comments about Britain’s Got Talent auditionees by calling him « one of the nastiest frauds in TV ».

Kanye West vs Everyone

Troubled rapper Kanye West has had a busier year than most when it comes to falling out with people.

Earlier in the year, he was suspended from Instagram for offensive posts about ex-wife Kim Kardashian and her then-boyfriend Pete Davidson, and a racist comment about Trevor Noah.

He also threatened to pull out of Coachella (which he later did) if Billie Eilish didn’t apologise to Travis Scott – even though she hadn’t insulted him as West claimed she had.

West caused further offence by wearing a « white lives matter » t-shirt, and later in 2022 was suspended from Twitter for a series of antisemitic tweets that brought Jamie Lee Curtis to tears.

He thrashed out the issue in an interview with Piers Morgan which ended with him apologising for his antisemitism, but it’s going to take a long time for many to forgive and forget West’s behaviour.

Holly Willoughby and Phillip Schofield vs The Queue

This Morning presenters Willoughby and Schofield are used to being the cosy faces of daytime TV, so it came as something of a shock to everyone when they ignited the wrath of the British public.

After the Queen’s death in September, the national mourning period included a remarkably well-attended lying-in-state at Westminster Hall, where those wishing to pay their respects queued for up to 14 hours and along many miles to file past the Queen’s coffin.

Queuers included the young, the old and the infirm, as well as famous faces such as David Beckham and Susanna Reid who were happy to line up with the masses.

However, people were outraged when pictures emerged of the This Morning hosts appearing to « jump the queue », although they and their ITV bosses insisted it was actually because they had media passes to be in a different line with reporters.

The pair explained the situation on This Morning, telling viewers « please know, we would never jump a queue », but a petition calling for their removal from the show reached nearly 79,000 signatures before queuegate began to fizzle out.

Will Smith vs Chris Rock

The year got off to an acrimonious start with this early celebrity spat at the Oscars, which remains one of the biggest showbiz stories of the year.

Comedian Chris Rock, who was hosting the Academy Awards in March, cracked a joke about best actor nominee Will Smith’s wife Jada Pinkett Smith being in a new GI Jane film after seeing her shaved head.

Rock claims he had no idea that Pinkett Smith was actually suffering from alopecia, but the joke went down incredibly badly as Smith tried to defend his wife in the worst way possible.

Read more: The best TV to stream over Christmas

He leapt up on stage and slapped Rock across the face in a moment that many watching assumed was part of a pre-planned skit, but quickly became apparent was not.

Rock was visibly shaken and as Smith sat back down, he shouted out: « Keep my wife’s name out your f***ing mouth. »

Smith later won best actor for King Richard and cried in his acceptance speech, but despite partying after the ceremony he later had to apologise for the slap.

He was banned from Academy events for 10 years.

Francis donned rubber masks of celebrities including David, Trisha Goddard, Mel B and Michael Jackson in the show, with many of his subjects having called him out on the inappropriate sketches in recent years.

The comedian had apologised for the show in 2020, saying: « I didn’t realise how offensive it was back then…I guess we’re all on a learning journey. »

But this year, singer David, who had called the apology « insincere », said in an interview with The Times: « It felt like a vendetta and when it got a following, it became something that affected me.

« People would shout at me on the street and I felt the same feeling I had when I was bullied at school. Leigh Francis had normalised bullying by making it comedy. »

He added: « When he put blackface on, that was being racist. »

Francis hasn’t been keen to repeat his apology though, claiming to The Sun: « Most people are happy with their portrayal on Bo’ Selecta!. Apart from someone we know who wasn’t.

« The only way it’s ever going to go away from him, if he feels people are going on about it, is to stop talking about it.

It isn’t often that James Corden manages to tarnish his boy-next-door-done-good image, but he seriously dented it in October after a visit to New York celeb-favourite restaurant Balthazar.

Apparently, Corden was rude to waiting staff over an omelette, something owner Keith McNally very publicly called him out on while banning him from the restaurant.

TV host Corden initially denied anything of note had happened, but later gave a full apology on The Late Late Show, saying he hadn’t appreciated at first how rude he had been.

McNally seemed loath to let it lie, and just weeks later Corden was forced to apologise yet again – this time to Ricky Gervais.

He had repeated the comedian’s stand-up routine about Twitter word for word on The Late Late Show, later explaining that the show’s writers had presented it to him as original material.

Miriam Margolyes is never afraid to say what she thinks of anyone, and has made no secret of her dislike for Arnold Schwarzenegger, having previously labelled him a « pig of a man ».

In July, she explained her opinions on the bodybuilder-turned-actor were more than just hot air as she told podcast I’ve Got News For You about filming End of Days with him in 1999.

Margolyes said: « He farted in my face. Now, I fart, of course I do – but I don’t fart in people’s faces. He did it deliberately, right in my face.

« I was playing Satan’s sister and he was killing me, so he had me in a position where I couldn’t escape and lying on the floor. And he just farted. It wasn’t on film, it was in one of the pauses, but I haven’t forgiven him for it. »

She also told Australian breakfast programme The Kyle and Jackie O Show of filming with him: « No, I didn’t enjoy it at all. I thought he was full of himself and (inappropriate).

« Not (with) me, thankfully, but anybody else that was young and pretty, he felt they were fair game. That was what it was like then. »

Comedian Joe Lycett has taken on a number of public figures this year, including some hilarious put downs of Liz Truss during her brief time as prime minister.

He rounded out the year’s spats by very publicly calling out David Beckham in December for his support of the World Cup in Qatar, urging the footballer to consider the state’s terrible human rights record and treatment of being gay as a crime.

Lycett was videoed shredding a front cover of Attitude magazine featuring Beckham, who had agreed to help promote Qatar as competition host, and threatened to shred £10,000 if he didn’t pull out of the deal.

Although the comedian appeared to shred the cash, he later clarified it was fake money and that he had donated the sum to LGBTQ+ charities.

He also accused Beckham of only being an ally « when it helped him » and said he is still hoping they can chat. 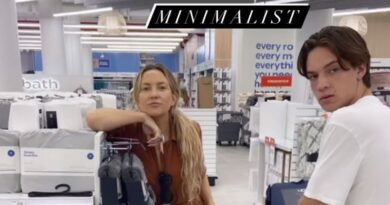 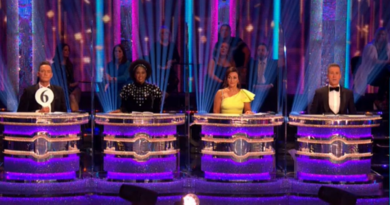