This December, streaming service Showmax, has various movies that you can binge watch on its platform as you enjoy the holidays. They include Top Gun: Maverick, Dune, Licorice Pizza, House of Gucci, Get Out, Uncharted, Candyman, Respect, Kimi, Moonfall, The Addams Family 2, Together among others.

Some of the movies that are available on Showmax during the holidays are below;

After thirty years, Maverick (Oscar nominee Tom Cruise) is still pushing the envelope as a top naval aviator, but must confront ghosts of his past when he leads TOP GUN’s elite graduates on a mission that demands the ultimate sacrifice from those chosen to fly it.

Winner of six Oscars and five BAFTAs, Dune is now streaming on Showmax.

Directed by Oscar nominee Denis Villeneuve (Arrival, Blade Runner 2049) from Frank Herbert’s classic bestseller, Dune tells the story of Paul Atreides (Oscar nominee Timothée Chalamet). Paul must travel to the most dangerous planet in the universe to ensure the future of his family and his people – as conflict grows over the planet’s exclusive supply of the most precious resource in existence.

Licorice Pizza tells the story of Alana Kane, a 25-year-old photography assistant, and 15-year-old actor Gary Valentine as they navigate first love in the 70s.

Inspired by the shocking true story of the family behind the Italian fashion empire, House of Gucci follows Patrizia Reggiani, an outsider from humble beginnings, who marries into the Gucci family. But her unbridled ambition begins to unravel their legacy and triggers a reckless spiral of betrayal, decadence, revenge, and ultimately murder.

Directed by four-time Oscar nominee Ridley Scott (Gladiator), House of Gucci was nominated for British Film of the Year at the BAFTAs, best female actor (Lady Gaga) at the Screen Actors Guild Awards and Critics Choice Awards, and best makeup and hairstyling at the Oscars this year, among other honours.

For as long as residents can remember, the housing projects of Chicago’s Cabrini Green neighbourhood were terrorised by a word-of-mouth ghost story about a supernatural killer with a hook for a hand, easily summoned by those daring to repeat his name five times into a mirror.

In present day, a decade after the last of the Cabrini towers were torn down, visual artist Anthony McCoy (Yahya Abdul-Mateen II from Watchmen and Us) and his girlfriend, gallery director Brianna Cartwright (Teyonah Parris from If Beale Street Could Talk and The Photograph), move into a luxury loft condo in Cabrini, now gentrified beyond recognition. Anxious to maintain his status in the Chicago art world, Anthony begins to explore the true story behind Candyman in his paintings, unknowingly unleashing a terrifying new wave of violence.

Inspired by the acclaimed video game series, this action-adventure epic spans the globe and follows Nate and Sully as they embark on the dangerous pursuit of “the greatest treasure never found” while also tracking clues that may lead to Nate’s long-lost brother.

Directed by Oscar winner Steven Soderbergh (Sex, Lies and Videotape), Kimi was up for Best Streaming Movie at the 2022 Hollywood Critics Associaton Television Awards and has a 92% critics’ rating on Rotten Tomatoes.

In their five-star review, Telegraph wrote, “Zoë Kravitz is magnificent in Steven Soderbergh’s techno-thriller about the dangers of letting technology’s tentacles wrap around our lives… Stylish, gripping and brisk.”

Moonfall is a sci-fi disaster romp that sees the moon hurtling on a collision course toward Earth after a mysterious force knocks it out of orbit.

To reclaim their bond, they decide to cram Wednesday (Critics Choice nominee Chloë Grace Moretz), Pugsley (Javon Walton from Euphoria), Uncle Fester (Emmy nominee Nick Kroll) and the crew into their haunted camper for one last marvellously miserable family road trip. Their adventure across America to see Niagara Falls, the Grand Canyon and of course, Death Valley, takes them out of their element and into hilarious run-ins with their iconic cousin, It (Emmy winner Snoop Dogg), as well as many new kooky characters. What could possibly go wrong?

TOGETHER | Stream from 30 January

James McAvoy (Split, X-Men) and Sharon Horgan (Catastrophe) play a husband and wife whose relationship is tested by the COVID-19 lockdown.

GET OUT | Stream from 26 January

Get Out follows a young African-American who visits his white girlfriend’s parents for the weekend, where his simmering uneasiness about their reception of him reaches a boiling point.

Also look out for Peele’s similarly acclaimed horror Us, starring Lupita Nyong’o, back on Showmax from 26 January 2023.

Moonshot follows Walt (People’s Choice winner Cole Sprouse from Riverdale) and Sophie (Teen Choice nominee Lana Condor from To All The Boys I’ve Loved Before) as they join forces in order to be reunited with their significant others – a journey that winds up taking them both wildly and unexpectedly off course.

The New York Times says: “Condor is note-perfect, and Winterbauer directs with a light, playful touch, giving the movie an energy that’s nimble and vibrantly sexy.”

In The Wolf of Snow Hollow, terror grips a small mountain town as bodies are discovered after each full moon. Losing sleep, raising a teenage daughter, and caring for his ailing father, officer Marshall struggles to remind himself there’s no such thing as werewolves.

TOGETHER TOGETHER | Stream from 26 December 2022

In Together Together, a young loner becomes the surrogate for a single man in his 40s, but the two strangers soon realise this unexpected relationship will challenge their perceptions of connection, boundaries and the particulars of love. Teen Choice winner Ed Helms (The Hangover, The Office) and comedian Patti Harrison (Shrill, I Think You Should Leave with Tim Robinson) co-star.

The award-winning Together Together has a 91% critics’ rating on Rotten Tomatoes. As The New York Times says, “Sweet, sensitive and surprisingly insightful, Nikole Beckwith’s Together Together fashions the signposts of the romantic comedy – the meet-cute, the misunderstanding, the mutual acceptance – into a wry examination of a very different relationship.”

In Queen Bees, fiercely independent senior Helen temporarily moves into a nearby retirement community, where she encounters lusty widows, cutthroat bridge tournaments and a hotbed of bullying “mean girls.”

Oscar winner Ellen Burstyn (Requiem for a Dream) leads the cast, alongside the likes of Oscar nominees Ann-Margret (Grumpy Old Men) and the late James Caan (The Godfather) as well as Emmy winners Jane Curtin (3rd Rock From The Sun), Loretta Devine (Grey’s Anatomy), Christopher Lloyd (Back To The Future), and Elizabeth Mitchell (Lost).

Downton Abbey, the movie, continues the story of the beloved, multi-award-winning historical drama series as the Crawleys and their intrepid staff prepare for the most important moment of their lives: a royal visit from the king and queen of England. But the auspicious occasion soon unleashes scandal, romance and intrigue, leaving the future of Downton hanging in the balance.

CHRISTMAS IS CANCELLED | Stream from 19 December 2022

Look out for Christmas is Cancelled, starring Hayley Orrantia (The Goldbergs), Dermot Mulroney (August, Osage County and My Best Friend’s Wedding), and Janel Parrish (Pretty Little Liars, To All The Boys I’ve Loved Before).

When 29-year-old Emma finds out that her widowed, 52-year-old dad has been dating her high school nemesis, she freaks out and embarks on a hilarious, no-holds-barred mission to break them up during their annual family Christmas festivities. 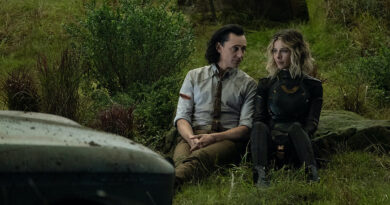 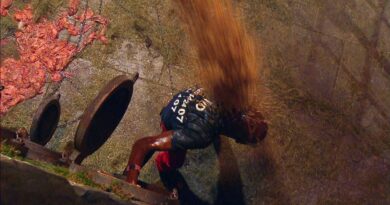 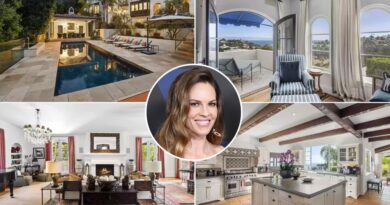