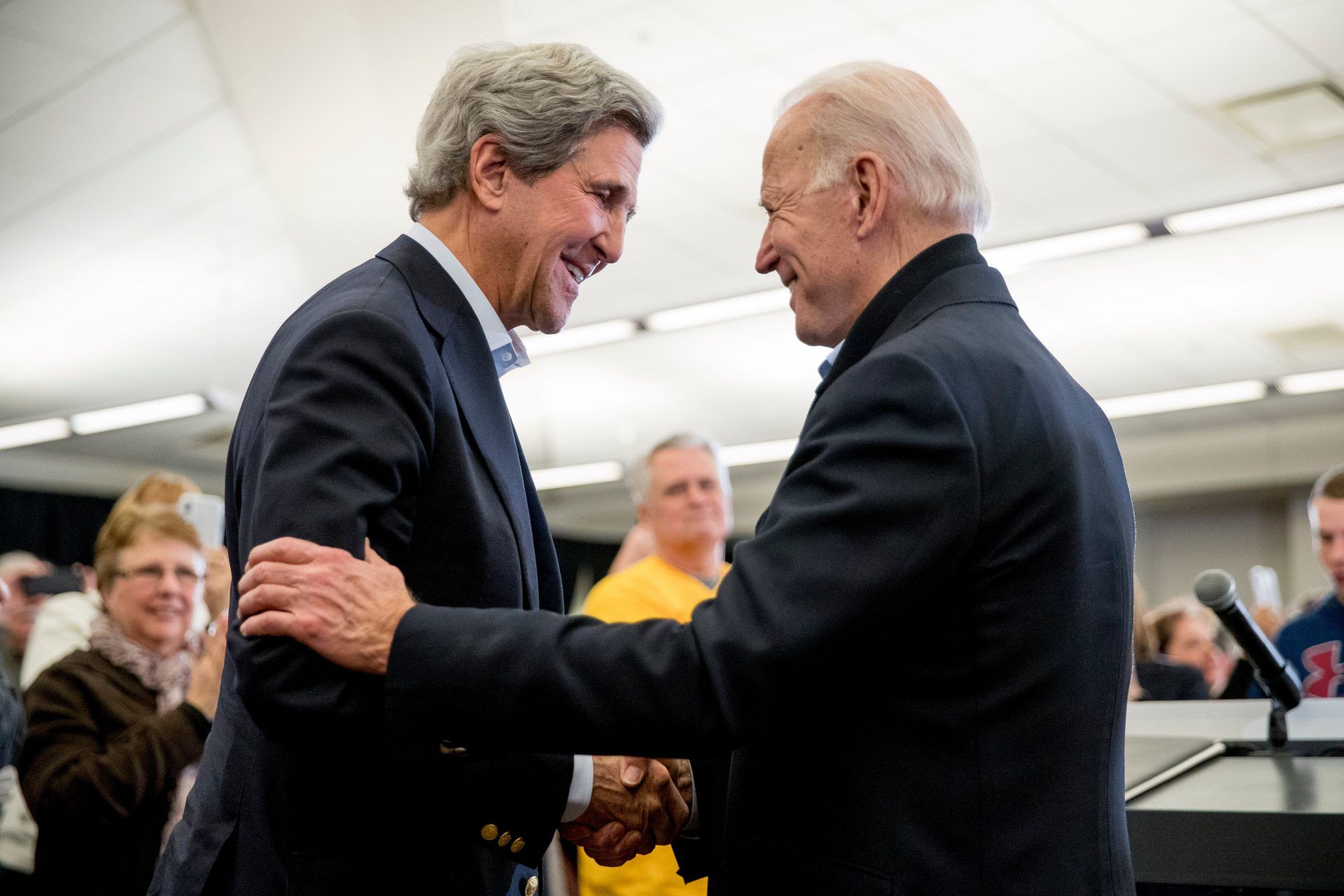 
Trump’s cabinet was notable for many reasons – including a 92% turnover rate, according to the Brookings Institute. But another recurring theme among his chief advisors was their staggering wealth. From billionaire Education Secretary Betsy DeVos to Treasury Secretary Steve Mnuchin (worth over $400 million, according to a report from Forbes), several of Trump’s closest colleagues enjoyed elite lifestyles.

See: From Assistant to Senior Advisor — How Much Trump’s Staff Made
Find: Trump Pardons Dozens of Financial Criminals on His Exit from Office

Though President Biden’s team includes several high net worth individuals, the dollar amounts involved don’t come close. See how rich this new crew of cabinet picks is to get an idea for how they may approach financial policies in the coming years, should all their appointments go through.

Vice President, Kamala Harris, the first woman – and of course, first black and Asian American woman – to ever hold such a high office in the White House, is also one of Biden’s wealthier cabinet members. Harris shares a fortune with her husband, Douglas Emhoff, that totals $6.3 million, according to the Senate financial disclosure she filed as a California senator from 2017 to 2021.

Forbes breaks down the couple’s assets to include homes in Los Angeles, San Francisco and D.C. worth an estimated $2.5 million before debt. Harris and Emhoff have retirement accounts totaling $1.4 million or more and capital accounts tied to law firms where Emhoff worked worth $1 million. Though her individual net worth is reported at around $1.7 million, Harris’ combined wealth puts her ahead of Biden, whose 2018 tax returns showed a net worth of approximately $2.7 million, according to Fortune.

Janet Yellen, Secretary of the Treasury

One might hope the incoming treasury secretary would be good with money. Janet Yellen has a net worth of $16 million, accrued from stock holdings, speaking engagements and various government positions. As she takes office, she will divest holdings in corporations such as Pfizer, Conoco Phillips and AT&T, according to Celebrity Net Worth. Between 2018 and 2020, Yellen earned $7 million from 50 speaking engagements.

Former chair of the Federal Reserve System, serving from 2014 to 2018, Yellen has held a number of positions within the Federal Reserve under former presidents Bill Clinton and Barack Obama. An undergraduate of Brown University with a Ph.D. in economics from Yale, Yellen has held a number of teaching positions at prestigious universities across the world, including Harvard.

Merrick Garland, Biden’s pick for attorney general, is amongst some of the wealthiest cabinet members, with a net worth estimated to be between $7.6 million and $25 million, according to a financial disclosure report from 2015. A nominee for Supreme Court justice under President Obama, where he would have sat with at least five fellow millionaires, Garland has a lengthy history in the justice system, serving 19 years in the D.C. Circuit.

Garland was not born into money. His mother was a community volunteer in Illinois, while his father was a small business owner. Garland attended Harvard University and Harvard Law School on scholarships, working summer jobs and selling his comic book collection to pay the remaining tuition, according to White House press reports.

The secretary of agriculture under former President Barack Obama, Thomas Vilsack left politics to become the highest paid executive at Dairy Management Inc., according to the Milwaukee Journal Sentinel. He earned a salary of just under $1 million at the non-profit that supports dairy farmers and promotes milk and other dairy product consumption.

Online sources placed Vilsack’s net worth between $1 million and $5 million, with assets in farmland, commercial real estate and various checking, savings and money market accounts as of 2014. He also has at least $101,000 invested in the Iowa Public Employees’ Retirement System.

Born and raised by Irish American parents in the Dorchester neighborhood of Boston, Walsh attended Boston College to earn a political science degree and later served in the Massachusetts House of Representatives.

Xavier Becerra, Biden’s choice to head up the Department of Health and Human Services, had an estimated net worth of $1.5 million as of 2017, sources say, with nearly $1 million of that tied up in real estate, including a house worth about $750,000 in Los Angeles, another home in Monterey Park and a place in Washington. He also holds various investments, securities and mutual funds totaling half a million dollars or more. As the attorney general of California, Becerra currently earns an annual salary of $158,775.

Marcia Fudge, Biden’s pick for secretary of Housing and Urban Development, earns a base salary of $174,000 as a member of Congress in the U.S. House of Representatives. Sources place her net worth at just over $1 million. She graduated Ohio State University and studied law at the Cleveland State University Cleveland-Marshall School of Law.

As Biden’s pick for secretary of education, Miguel Cardona brings years of experience as a public school teacher, principal and assistant superintendent. Most recently, he has served as the Connecticut commissioner of education since 2019. In this role, he earns a reported salary of $192,500.

Cardona moved with his parents from Puerto Rico to Connecticut, where he first learned to speak English in public schools. Cardona’s father was a police officer.

Former White House chief of staff during the Obama administration, Denis McDonough was once listed by CNN as one of the top 16 highly paid White House officials, earning $176,461 annually during his term. McDonough is Biden’s pick for secretary of Veterans Affairs.

Over the past decades, McDonough has held a number of positions in Washington, including as a foreign policy advisor for Obama’s campaign in 2008, director of strategic communications for the National Security Council and deputy national security advisor. He holds degrees from St. John’s University and Georgetown University.

Find Out: How D.C. Turned Biden’s Team into Millionaires

A 2020 Democratic presidential candidate who did not make it all the way through the primaries, secretary of transportation-elect Pete Buttigieg has a net worth of just $250,000, including $50,000 in Apple stock and $15,000 in Google stock as of May 2019, according to Celebrity Net Worth. He derives most of his income from his political career, most recently as Mayor of South Bend, Indiana, where he earned a $149,000 annual salary. He also received a $75,000 advance for his first book, “Shortest Way Home,” which is an autobiography that details, in part, the revitalization of South Bend along with Buttigieg’s coming-of-age and tour in Afghanistan as a Naval officer.

Author, politician, educator and commentator, Biden’s proposed secretary of energy, Jennifer Granholm, has a net worth of $1 million, according to Celebrity Net Worth. The co-author of “A Governor’s Story: The Fight for Jobs and America’s Future,” along with her husband, Daniel Mulhern, Granholm also has hosted “The War Room with Jennifer Granholm” television series. Born in Canada, Granholm moved to the U.S. and graduated with honors from University of California at Berkeley and Harvard Law School. She began working as a judicial clerk for Michigan’s 6th Circuit Court of Appeals and became a federal prosecutor in 1990. In 1998, she became Michigan’s first woman attorney general, later going on to become governor in 2002.

Neera Tanden, set to head the Office of Management and Budget under President Biden, could have a net worth of $1 million, sources say. Her financial disclosures show a salary of $397,000 in 2018 as the head of the Center for American Progress, a nonprofit. Her earnings over two years with the organization totaled more than $731,000. She earned additional income from speaking engagements. Tanden holds money in mutual funds and a retirement account.

Avril Haines, an attorney and former government official, is Biden’s pick for national intelligence director. She previously served as White House deputy national security advisor for the Obama administration and, more recently, was the commissioner for the National Commission on Military, National and Public Service. If approved, she would be the first woman national intelligence director on the Cabinet.

As a former government official, Haines completed a financial disclosure form in 2020 detailing her income. She earned more than $440,000 as a deputy director and lecturer at Columbia University. She earns consulting income of around $330,000 from Palantir Technologies, a software firm, and from John Hopkins University Applied Physics Lab and has received speaking fees from a number of other organizations. She holds investments in various money market funds and retirement accounts. She also owns rental real estate in Baltimore. All these endeavors bring her net worth up to a total of $2 million, estimates say.

Cecilia Rouse is poised to be the first woman of color to chair the Council of Economic Advisors. Working for the department in 2010, Rouse earned $155,000 annually, which sources say was 85% higher than the average miscellaneous administration and program employee across all government agencies. Her husband is Ford Morrison, son of renowned poet and author Toni Morrison. He works as a plasma physics laboratory architect.

President Biden’s choice as special presidential envoy for climate, John Kerry is a former senator and served as secretary of state for the Obama administration. A Vietnam veteran, Kerry married Teresa Heinz, who inherited the Heinz ketchup fortune after her husband, John Heinz, died from a plane crash in 1991. While Heinz’ net worth is estimated to be up to $1.2 billion, Kerry’s net worth sits at $250 million as last reported by Celebrity Net Worth in 2020. Kerry and his wife own an 18-acre, seven-bedroom estate on Martha’s Vineyard reportedly worth $11.75 million.

Eric Lander, Biden’s choice as director of the Office of Science and Technology Policy and presidential science advisor, currently works as president and founding director of the Broad Institute of MIT and Harvard. The Broad Institute is a research facility that spans multiple scientific disciplines and institutions across Boston. Funded by philanthropists Eli and Edythe Broad, the institute has so far received $600 million from the Broads to continue its research and was designated a 501(c)(3) nonprofit research organization in 2009. As president of the facility, Lander received an annual salary of $1.2 million.

This article originally appeared on GOBankingRates.com: How Rich Are Biden’s Cabinet Picks? Check Out the Finances of These Notable Nominees 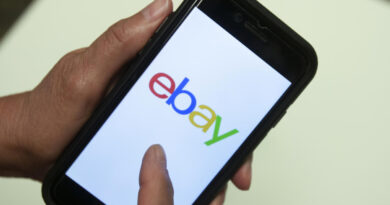