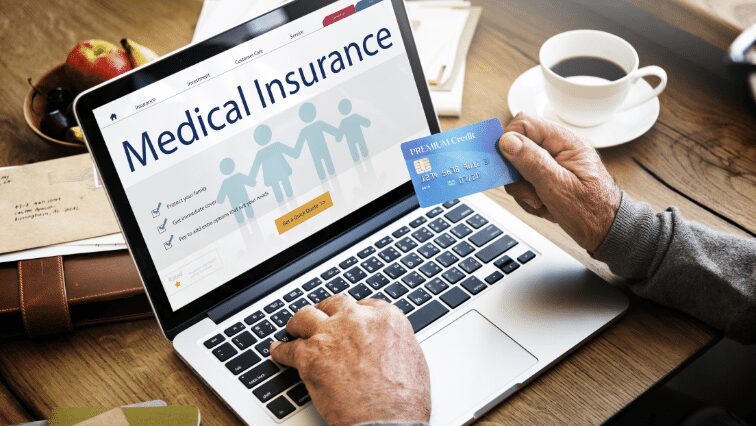 
In the ongoing debate over the Affordable Care Act (ACA), consensus seems to have formed on one major point: The law failed to deliver affordable coverage through the individual health insurance market for people who don’t qualify for premium subsidies. Republicans have long argued that the ACA led to higher, often unaffordable premiums for millions of Americans. In March of this year, Democrats in Congress took action to temporarily address this affordability problem during the pandemic by including a provision to expand premium tax credits through 2022 in the American Rescue Plan Act (ARPA). President Joe Biden’s American Families Plan now proposes to make this policy permanent.

Supporters of expanding the ACA’s premium subsidies maintain that this will be an efficient way to cover more people. Yet, the ACA—in particular the ACA’s premium subsidy structure—has resulted in costlier health insurance premiums. Instead of building on ACA policies that led to costlier health insurance premiums, as Biden proposes, we need to find a better way to ensure a stable insurance market that extends affordability to all income levels. In this post, I explain how ACA policies inflated premiums while failing to provide an efficient way to expand coverage, and I propose three steps to create a more affordable, competitive, and efficient individual market for people of all incomes.

Immediately after the ACA’s main regulations took effect in 2014, the price of individual market insurance premiums began to grow out of reach for many middle-income people who do not qualify for federal subsidies. In 2013, people paid an average of $242 a month for a plan on the individual health insurance market. The average monthly premium then rose to $352 in 2014—a 45 percent increase. By 2018, premiums had jumped to $588—a 143 percent increase from 2013.

Older, moderate-income consumers who make slightly too much to qualify for premium subsidies were hit hardest by these premium spikes. According to a Centers for Medicare and Medicaid Services (CMS) report examining affordability issues, in 2020 the annual premium for the lowest-cost silver plan in counties located in states (except Alaska and Hawaii) using HealthCare.gov on average equaled 25.8 percent of income ($12,886) for a 60-year-old making $50,000 and reached 35.3 percent of income ($17,651) in the highest-cost quintile of counties. This is well above the maximum contribution amount—9.83 percent of household income—for people who qualified for ACA subsidies last year, and it clearly is not affordable.

As the CMS report on affordability explains, “[t]his increase in premiums is primarily due to the implementation of the ACA’s insurance reforms in 2014, including decisions on how to implement these requirements.” The report highlights the major ACA regulations that caused higher premiums, including the closure of state high-risk pools, premium rating requirements, health benefit mandates, health insurance taxes, and the exchange user fee. Implementation decisions leading to higher premiums include the allowance of “transitional” policies (also known as grandmothered plans) that don’t meet ACA requirements, the lack of eligibility verifications for exchange special enrollment periods, and decisions that led to initial failures and glitches on the exchanges. In addition, the report notes how “the structure of the premium tax credit also encourages premium inflation.”

The inflationary nature of the ACA’s premium subsidy structure may be one of the most overlooked problems with the law. Basic economics holds that government subsidies inflate prices, but the ACA’s subsidy structure aggravates this already inflationary posture. This is because the value of the ACA’s premium tax credit is tightly linked to the price of insurance premiums and, therefore, the subsidy tends to rise lock-step with the increase in premiums.

More specifically, the premium subsidy is linked to the price of the second lowest-cost silver plan—also called the benchmark plan—and covers the portion of the benchmark plan premium that exceeds a certain percentage of income. This percentage is set on a sliding scale of income to provide more generous subsidies to people with lower incomes and creates a maximum amount of household income any eligible individual must contribute toward a benchmark premium. Thus, the federal subsidy generally pays the full portion of a benchmark premium above this maximum contribution amount. As the maximum contribution amount is largely fixed from year to year, any annual increase in premium is fully funded by an increase in the premium subsidy.

Despite the obvious inflationary nature of the ACA subsidy structure, there is scant research on this topic. A recent paper by Sonia Jaffe and Mark Shepard may be the first to estimate the inflationary impact of price-linked subsidies in the context of the ACA. Using pre-ACA data from the 2011 Massachusetts health insurance market, they estimate that price-linked subsidies increase premiums by 6 percent. They also show the price distortion is larger when fewer insurers are competing in the market, with the distortion ranging up to 12 percent in various simulations.

The inflationary impact of the ACA’s price-linked subsidy is likely higher nationally than the 6 percent increase estimated for Massachusetts. First, compared to most states currently, the Massachusetts individual insurance Marketplace in 2011 was more competitive, with five insurers compared to an average of 3.5 available to HealthCare.gov enrollees in 2020. Second, the proportion of price-sensitive unsubsidized enrollees was also higher, as the state’s income cutoff for premium subsidies was lower than that established under the ACA—300 percent versus 400 percent of the federal poverty level—and due to the unique merger of the state’s individual and small-group markets (as people with small-group coverage did not qualify for subsidies). Third, given that trends in provider consolidation have continued and the Boston hospital market is among the least concentrated among US metros, the Massachusetts provider market in 2011 was likely less concentrated than most markets today. As Jaffe and Shepard note, providers with monopoly power can take advantage of price-linked subsidies and charge higher prices, leading to even higher premiums.

When the law initially passed in 2010, the Congressional Budget Office (CBO) projected the individual market would, on net, cover 19 million more people in 2019 and federal spending on premium and cost-sharing subsidies would amount to $88 billion. That equates to about $4,600 per additional person covered. Those projections have proven to be substantially off the mark.

Exhibit 2 shows enrollment gains based on average monthly enrollment to compare the cost of annual federal spending on premium and cost-sharing subsidies to annual enrollment gains after the ACA’s main regulations took effect in 2014. By 2019, the gain in total individual market enrollment over 2013 had shrunk to 2.4 million from a peak of 6.7 million in 2015—far less than the 19 million additional enrollees the CBO had projected. This steady enrollment decline, combined with higher spending on premium subsidies, contributed to the trend of substantially higher spending per additional individual market enrollee gained. By 2019, spending per enrollee gained rose to more than $20,000. This clearly does not represent efficient federal spending for the outcome achieved.

Impact Of The American Families Plan

This expansion of premium subsidies would make the personal share of the premium far more affordable for a large portion of people above 400 percent of poverty, which will likely increase individual market enrollment. However, these enrollment gains will come at a substantial cost. Without any other policy changes, the Biden proposal addresses the affordability problem by simply increasing federal spending. In effect, this policy decision accepts the dysfunctional state of the current individual market as a given that either politically can’t be fixed or isn’t worth fixing. Therefore, the present high cost of the ACA’s regulatory and financing structure is baked into the proposal. Moreover, extending subsidies to more people would further inflate costs in the individual market by substantially reducing the small but still meaningful amount of price sensitive, unsubsidized people in the individual market.

Extending subsidies also could influence employer decisions—especially those of small employers not subject to the ACA’s employer mandate—to offer health insurance, which may further aggravate cost problems. To the extent that the American Families Plan leads to enrollment shifts from the group to the individual market to take advantage of higher subsidies, these policies could further reduce the price-sensitive portion of the insurance market and push premiums even higher. In a worst-case scenario, small-group markets in certain states may become unsustainable and certain large groups may opt to drop coverage and pay the employer mandate penalty to dump expensive, sick employees into the individual market. Unlike small groups, large groups can be rated based on the health status of their employees, and therefore may be subject to very high premiums that may incentivize them to drop coverage despite the mandate.

A More Efficient Way To Fix The Individual Market

While there is no easy fix to affordability problems in the individual market, I propose three policies that can help build a more functional, competitive market—a market offering individual health coverage that middle-income people can afford without direct subsidies. Importantly, these policies would address the root causes behind the high cost of health care rather than papering it over with taxpayer-funded subsidies that lead to higher federal deficits. These policies thus can help improve the entire health care system, not just the individual market.

The Internal Revenue Service has long recognized that individual premiums can be funded by employers with pre-tax dollars under the tax code, but there have also been questions and controversies over whether federal insurance requirements limit this practice. A change in federal regulation made individual coverage HRAs available on January 1, 2020. Explicitly codifying this policy in statute would provide helpful clarity and confidence to employers considering this option.

The vision behind these steps is a more competitive individual market with lower premiums that middle-income Americans can afford on their own without subsidies. The combination of fixed subsidies, a federal reinsurance program, and codification of individual-coverage HRAs will increase the proportion of unsubsidized people in the individual market. This change will help create a more functional, competitive market and, in turn, drive down the overall cost of care.

A transition to fixed subsidies under the first step will likely require more generous subsidies to account for the current affordability problems in the market. These subsidies will be built on a new foundation of active, price-sensitive consumers who drive insurer competition in the individual market, thus leading to lower premiums and better health coverage. As time goes by, lower premiums will reduce the need for subsidies. Instead of being yet another factor driving up the cost of care, the individual market will become a key part of the solution to bring down health costs for all Americans. 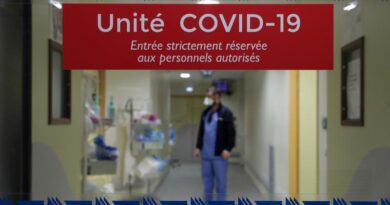 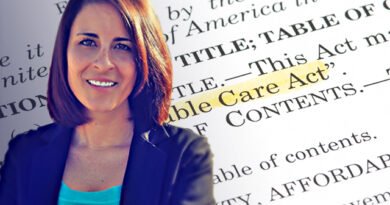