States have often been referred to as the “laboratories of democracy,” in US Supreme Court Justice Louis Brandeis’s words. However, to innovate in Medicaid, states sometimes need legal authority and federal funding beyond the confines of regular federal rules. Section 1115 of the Social Security Act can provide that authority and funding, as it permits the secretary of the Department of Health and Human Services to waive certain Medicaid program rules and provide federal funding to test innovations in coverage and delivery systems that would—as required by statute—“further the objectives of [the Medicaid program].”

Nowhere is the need for innovation and investment in Medicaid more urgent than in addressing health disparities and advancing equity in the program. If Medicaid is to play a role in advancing health equity and addressing structural racism in health systems—a key priority of the Biden administration as well as many states—it will require not just policy changes but also additional investment by states and the federal government. Current section 1115 budget-neutrality policy, however, is a major barrier to these goals and should be reexamined.

Long-standing federal policy requires that section 1115 demonstrations be “budget neutral,” that is, cost the federal government no more than would have been spent absent the demonstration. This largely unwritten policy seeks to project what state Medicaid costs would be without the waiver (generally over a five-year period) and ensure that costs with the waiver will not exceed those projections. While seemingly straightforward, the policy has evolved into a complex and opaque set of calculations that do not reflect actual Medicaid cost growth or states’ need for flexibility to respond to dynamic and often unpredictable drivers of health care costs (for example, a pandemic or an upsurge in mental health and substance use disorders).

These issues were compounded when section 1115 demonstrations came up for renewals, as the old “without waiver” baseline projections were simply trended forward. The policy has led to inequities across states, with some states able to invest relying on “banked”—at least on paper—budget-neutrality “savings” and others with no ability to innovate, except with offsetting cost cuts in eligibility, benefits, or access. Solving the inequity issue across states has been a priority for the Centers for Medicare and Medicaid Services (CMS); however, CMS’s fix—“rebasing” the state spending baseline at renewals by looking at actual spending—is itself fraught. It does not consider how the waiver has affected spending or address many of the underlying problems with the budget-neutrality construct; it could even exacerbate barriers to CMS and state 1115 demonstration goals such as advancing health equity, expanding coverage, improving quality and access, and driving delivery system and payment reform.

Stepping back from the complex calculations, budget-neutrality policy can have a significant negative impact on states’ abilities to launch and sustain innovations, including investments in populations, providers, and services that have long suffered from disinvestment. And, notably, despite the intricate computations that can consume significant state and federal time and resources, oversight agencies still question whether the mathematical gymnastics achieve the goal of ensuring that demonstrations are, in fact, budget neutral.

The Biden administration has the opportunity to think more comprehensively about whether budget-neutrality policy advances innovation in Medicaid that furthers the objectives of the program, as the policy is not prescribed either by law or regulation. Below, we discuss the challenges created by current budget-neutrality policy and potential paths CMS could take to achieve its tandem aims of protecting the fiscal integrity of the Medicaid program while also allowing all states to embark on and sustain innovations that are central to advancing the goals of Medicaid, including reducing health disparities and addressing long-standing, structural barriers to good health for low-income people.

A range of significant problems flow from the existing approach to budget-neutrality policy.

Budget neutrality focuses entirely on program spending, discounting how initiatives may improve quality, increase access, or promote equity. Strengthening aspects of the Medicaid program may require new investments, yet budget-neutrality policy can take a whole set of potentially pathbreaking innovations off the table no matter how valuable to overall health care improvement goals.

Section 1115 demonstrations are intended to allow states and CMS to test innovative initiatives that may advance the aims of the Medicaid program. With experimentation comes the risk of failure, but current budget-neutrality policy shifts this risk entirely to states. Under the policy, states must generate enough savings to offset costs within the demonstration period or pay any overages, even up to the entire new investment, with state dollars. As a result, states are necessarily risk averse in designing waiver programs, limiting the overall impact and scope of innovation of proposed demonstrations. Notably, current policy also inherently favors demonstrations that seek to disinvest in the program, since cuts in one area can be used to offset spending increases in others.

States are increasingly looking to remedy health inequities, which requires more dollars targeted to certain populations (for example, marginalized populations), providers (for example, those that predominately serve communities of color), and services (for example, mental health services) to begin to address years of underinvestment. But budget-neutrality policy requires that demonstrations be zero sum, meaning that new investment in one population or set of services must take dollars away from another Medicaid priority.

States must demonstrate savings within a five-year waiver period. As a result, states are discouraged from investing in efforts that might reap significant long-term benefits, in favor of more modest aims with a shorter pay off. In particular, despite Medicaid’s historic focus on children, budget neutrality’s five-year time horizon creates a disincentive for investing in children’s health, since most related savings are likely decades in the future. As a result, state innovation proposals often focus on high-cost adult populations.

As noted above, budget-neutrality policy places otherwise similar states in vastly different financial positions. States with demonstrations dating back decades have accumulated significant “savings” on paper that enable them to invest in their Medicaid programs with little risk (Note 1), while other states are at full financial risk when making the same investments. Furthermore, states with higher levels of historical spending have more “spending room” under current budget-neutrality policy, disadvantaging historically low-spending states that are seeking to strengthen their Medicaid programs.

Once CMS sets budget neutrality targets during a waiver, it historically has generally not allowed states to adjust budget-neutrality calculations absent other programmatic changes advanced through a formal amendment. This means that states are “at risk” for ordinary spending increases authorized under the State Plan, even though such increases would be possible (even likely) absent the demonstration. Such a policy is particularly problematic when state Medicaid programs increase plan or provider payment rates for reasons outside of their control (for example, a state-directed minimum wage increase) or to address a new and pressing health care need (for example, opioid crisis, new high-cost drug, or COVID-19). CMS has sometimes allowed adjustments to budget-neutrality caps but only on a case-by-case basis after lengthy negotiations.

Only demonstration-related Medicaid savings count in budget-neutrality calculations, not savings that accrue to Medicare or other federal programs, as a result of the Medicaid demonstration. Investments in long-term care (another area that not only cries out for more investment but also has a history of discriminatory underinvestment), for example, cost the Medicaid program but generate savings for Medicare. Such investments might improve the health and well-being of enrollees, but states may be unable to make them because of budget-neutrality policy.

Section 1115 demonstrations are one of the most powerful tools CMS has to encourage and support states to innovate within the Medicaid program, yet budget-neutrality policy constrains how CMS and states use such flexibility. Mindful of the limitations of existing budget-neutrality policy, the Biden administration has expressed interest in revising the policy. To ensure that the policy enables states to address health equity and innovate to improve care for enrollees, CMS should re-envision budget neutrality along one of two paths.

CMS can explore ways to revise how states demonstrate budget neutrality to address many of the existing pitfalls. CMS could, for example, allow routine adjustments to the budget-neutrality calculations to account for provider or health plan payment increases or new services that would be allowable without the demonstration. More fundamentally, rather than saying that a demonstration initiative is approvable only if it would not cost more than the existing program, CMS could shift to approve initiatives that promote value in the Medicaid program. For example, CMS could broaden its use of “hypothetical” expenditures—expenditures for which states are not at risk—to encompass initiatives that have demonstrated value. Value could be defined as increasing coverage; reducing disparities/addressing historic underinvestment in certain services, providers, or populations; improving quality and access; or reducing costs in a manner consistent with the objectives of the Medicaid program. And savings to other federal programs, such as Medicare, could be recognized.

Alternatively, the administration also could dispose of the concept of budget neutrality entirely. If a state’s proposed demonstration is sound and aligns with the statutory objectives of the Medicaid program, CMS could conclude that the innovation is worth testing and supporting, regardless of whether it increases program spending. CMS would still consider the cost of a program when deciding whether to approve it, but CMS (and states) would no longer need to engage in arithmetic acrobatics to demonstrate that a program was expected to be budget neutral down to the decimal point.

Jettisoning budget neutrality wholesale would be unlikely to create unsustainable increases in federal Medicaid spending. States are responsible for up to half of each Medicaid dollar spent, and states have their own financial limits that will affect which programs they propose. CMS should continue to ensure that states are complying with federal rules governing how states fund their share of the Medicaid program if it has concerns with runaway spending. Eliminating budget neutrality would simply ensure there would be no artificial constraints on promising state demonstrations.

Instead of relying on budget neutrality as a guide to what can and cannot be supported through a section 1115 demonstration, CMS could set out a list of nonexclusive examples of demonstration proposals that promote the objectives of the Medicaid program the agency would entertain and a transparent process for considering whether a proposal was worth the cost. These examples would help states tailor requests that have a reasonable chance of being approved without unduly circumscribing the set of potential state proposals.

Both paths would be a sharp departure from existing policy and would require significant work by CMS to develop the principles and processes needed to implement. But both paths also would enable states and their federal partners to better use section 1115 demonstrations to address core goals of the Medicaid program—and of the administration—including advancing health equity, enhancing access to care, and improving the health and well-being of everyone enrolled in Medicaid.

Manatt Health and the State Health and Value Strategies, a program of the Robert Wood Johnson Foundation, regularly collaborate and work together on projects. 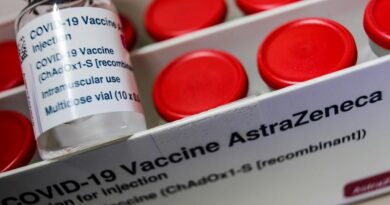 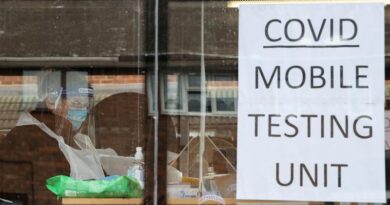