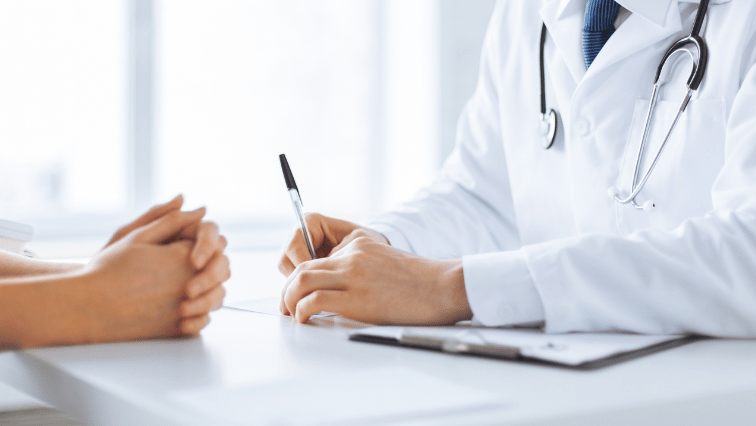 
In October 2022, the National Academy of Medicine (NAM) published its National Plan for Health Workforce Well-Being. The plan builds on the previous work the NAM began before COVID-19, but which has only taken on greater significance in the wake of the pandemic. While it is not the first time the problem of well-being has been taken up by national groups, the plan issues a clear call for systems thinking, new technologies, and more data. It is worth placing each of these key recommendations into historical context. Understanding the past and how we have arrived at this crisis in workforce well-being can help inform future policy approaches.

Dominant conceptions of the problem of health workforce well-being in the US have often prioritized individualized coping strategies. This has produced both pragmatic and political challenges that have tended to blame, stigmatize, or otherwise isolate clinicians by holding them responsible for their own suffering.

This approach has even been built into the language most often used to describe the issue. The burnout metaphor, for example, anticipates burnout as an inevitability, in the same way that a lightbulb will inevitably exhaust itself. Trauma, moral injury, and resilience are conceptualized similarly by organizations, policy makers, and researchers. They are part of the expanded array of well-being challenges recognized by national bodies such as the NAM. Yet, however they are characterized, forms of suffering brought about by structural causes have most typically been met with individualized interventions.

The NAM report acknowledges this problem plainly when it warns, “recommendations for resilience often place the onus on the individual rather than the system.” By contrast, the plan insists on adopting a systems-level approach. The “health system” is referenced in the report’s title, and the text invokes the term more than 100 times. Yet, important questions remain about how such a system is conceived and who is responsible for ensuring that systems are not simply built around individualized coping.

History shows that health reformers haven’t always thought about health care as a system. The origins of “systems thinking” in health policy have been traced back to international health organizations that were strengthened and elevated in the postwar period after 1945. However, the NAM did not adopt such an approach until the end of the 20th century when, in a pair of reports, it advocated for patient safety.

The landmark 2000 report, To Err Is Human: Building a Safer Health System, was the first NAM report to include “health system” in its title. Notably, it aimed to collectivize responsibility for medical harm. Error, the report argued, was a problem for health systems to confront instead of sole responsibility of individuals. If medical errors could come out of the shadows, the report argued, health care could move beyond sanctioning and stigmatizing individuals. Building systems was the alternative to blaming individuals.

In the ensuing two decades, the NAM has been one of the most prominent promoters of the idea that improving health requires systems approaches. And the concept has taken off. In 1990, PubMed indexed 197 articles containing the phrase “health system.” By 2021 that number had ballooned to 15,878. But the ubiquity of the “system” idiom can mask the vast variation in how it is defined and how historically has been put to different uses.

On the one hand, systems theory emerged as an approach to characterizing and governing complex sets of interactions too unwieldy to be grappled with in more straightforward causal analyses. On the other, many contemplate systems innovation as the work of a hybrid federation of people, institutions, and technology united toward a shared goal.

More recently, the NAM has explicitly drawn an analogy between health safety systems and systems to promote well-being. In the case of patient safety, collectivizing responsibility was a way of breaking the silence surrounding medical errors. In the case of this year’s plan promoting well-being, the NAM delegate many recommended actions simultaneously to health systems as well as professional societies, government agencies, and health workers themselves. Unfortunately, we believe this approach risks diffusing and inequitably distributing responsibility.

The NAM used the World Health Organization’s definition of a health system, promulgated in its 2007 report “Everybody’s Business: Strengthening Health Systems to Improve Health Outcomes.” But when it’s everybody’s business, who’s responsible? We have suggested that the historical tendency to individualize blame must be understood as a durable problem, one that persists because it offers false promises of efficiency and forestalls more substantial reforms to how power is organized within institutions. In calling for a systems approach, we fear that the NAM report may have left unresolved key questions of ethics and policy about what kind of system should be organized.

The plan prioritizes technology, with an entire chapter dedicated to engaging “effective technology tools.” There are risks involved in identifying technology as an easy solution to complex social problems. Although the plan largely avoids conceptualizing technology in such terms, those who implement the plan must be cautious and consider whose interests may be served by different interventions.

The plan pays particular attention to electronic health records (EHRs), which are identified largely as technologies that “inhibit clinical decision-making,” “add to administrative burden,” and “introduce frustration and errors into the care process.” EHRs are “highly cited causes of health worker … burnout,” and their ill effects demonstrate the challenges in applying standardized systems to varied institutions, occupational roles, and individuals (as detailed above). However, to understand EHRs’ implications for providers’ emotional well-being, we must understand EHRs’ history.

By the 1960s, early proponents of EHRs envisioned a system that would replace the paper chart. These advocates of EHRs argued that the technology had the potential to enhance clinical skills, expand physicians’ capabilities, and help them to understand a patient’s chronic or complex illness more fully. They also hoped that EHRs’ data might assist policy makers in restricting rapidly rising health care costs.

In other words, early advocates of EHRs did not imagine that such technologies might prove burdensome to health care professionals. This suggests three key things: technologies can have alternative trajectories to those initially imagined; technologies that have proven troublesome might be reconfigured to align more closely with their original intentions—in this case, to enhance clinical decision making rather than inhibit it; and the history of EHRs might help the plan avoid the repetition of prior mistakes.

The plan recommends the “automation of processes to streamline the healthcare team’s workflow to allow health workers to focus on listening to patients,” including offloading and automating administrative tasks. While laudable aims, such endeavors must be implemented with care. As the plan’s authors acknowledge, technology is no “magic bullet,” and “poorly designed health IT [information technology] can introduce frustration and errors into the care process, making it more difficult.”

In their recent article on the history of EHRs, physicians Lakshmi Krishnan and Michael Neuss identified a set of crucial questions that must be asked about the introduction of all new technologies in health care, especially when dealing with emotions. Their questions include whether the new technology might help or hinder health care workers perform their roles, whether it might create new ethical and professional concerns, and whether the new technology might “encode and augment existing inequalities?”

It is worth noting that the plan is ostensibly for the entire health care workforce. And yet, the majority of roles addressed are clinical ones. When contemplating a new technology, or indeed any new practice or policy, it is vital to consider their impact on every member of the health care team, from administrators to nurses, from physicians to hospital janitors.

These questions should especially be applied to some of the other technologies proposed by the plan such as video and phone consultations aimed at protecting health care professionals when treating communicable disease, addressing workforce burnout, and improving patient health. The plan is rightly cautious about these suggestions.

As historian Jeremy Greene has shown in his recent book, The Doctor Who Wasn’t There, on electronic media in health and medicine, both enthusiasm and skepticism for telemedicine have a long history. Each new platform has promised “a radical transformation” of US health care but has also raised serious ethical, emotional, economic, and logistical concerns.

Looking across the Atlantic offers a similar cautionary tale. In the UK, research has found that while shifting some primary care online has reduced workloads for staff, it has also created and embedded inequalities in access to health services. Fifty years ago, Julian Tudor-Hart first described the inverse care law—highlighting that patients who are most in need of medical care are, in fact, least likely to receive it. Today, the Nuffield Trust has identified the emergence of the “digital inverse care law.” Shifting care online can exchange one set of barriers (transportation issues, time constraints) for another (internet access, device capability, digital literacy). These problems can be mitigated but only if patient access and equality are taken as seriously as staff well-being.

Finally, the plan’s focus on technology is matched by its reliance on quantitative data. From calling for statistics on the “use of mental health services and programs” to “EHR log audits to characterize the work environments,” the plan recommends amassing more data. While it takes care to note that individual data should be “disaggregated and de-identified” to protect the privacy of vulnerable health care workers, the need for data is a constant refrain.

But calls for more or improved ways of quantifying health care professionals’ emotional health are not new. Since the mid-20th century, researchers compiled fragmentary and incomplete data to determine the incidence of physician suicide, and in the 1980s, the American Medical Association conducted national surveys on the subject.

Quantitative data is, of course, vital. Numbers illustrate the scale of the current epidemic, from physician suicide to depression. It helps guide policy makers toward places and communities where suffering is most acute, and the act of counting demonstrates the value that organizations vest in the problem. However, despite data’s merits, there are two obstacles that hamper their overall utility

First, quantitative data do not alone help the researcher or policy maker identify the causes of psychological distress, much less how to respond. Instead, they are only one aspect of a larger process. Second, a heavy reliance on quantitative data (and other particular kinds of qualitative evidence) may codify and count inappropriate objects of study, namely emotional and psychological problems. With metrics such as the Maslach Burnout Inventory, quantifying grit, or measuring resilience, we risk using the wrong tools for the job and overinvesting our trust in numbers.

Policy makers’ reliance on quantitative data is driven in part by historical contingency and who has a seat at the policymaking table. The plan has been devised by clinicians, scientists, and health service researchers, many of whom engage in quantitative scholarship. In these circles, there are also social scientists, such as sociologists, who do certain kinds of qualitative work. Considering the problems of quantitative evidence, might there be value in adding more scholars to this cohort of experts? We believe a geographer, anthropologist, or historian could offer alternate approaches. And access to these disciplines’ questions, methodologies, and data provide a complementary view to traditional health policy experts.

The NAM plan marks an important step forward, recognizing that the well-being of health care staff must be prioritized in the aftermath of the pandemic. However, as historians of health and public health, we’ve identified a series of limitations. The problem the NAM plan seeks to address represents a powerful nexus of social organization, technology, and knowledge bases. Each of the potential resolutions the plan suggests offers a pathway forward, but each has also been a contributor to the depletion of health care workforce well-being in the past. Our intention in this piece is to show a certain degree of historical irony in the fact that many of the proposed salves have themselves been causes of the precise problem the plan is attempting to correct.

Agnes Arnold-Forster’s research is funded by the Wellcome Trust. 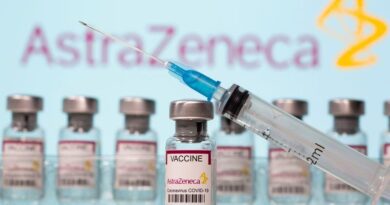 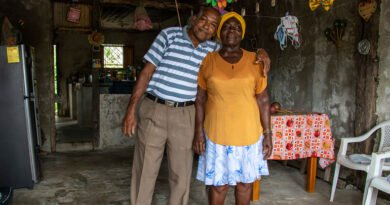