Mike Tyson Reenters Cannabis Industry With Tyson 2.0
November 9, 2021 via Midas Letter
Iron Mike’s big endeavour is not in the ring this time, but is a new cannabis industry venture: Tyson 2.0. Mike Tyson isn’t a stranger to cannabis.

Healthcare Company Ends Relationship With Aaron Rodgers
November 6, 2021 via AP
A Wisconsin healthcare organization has ended a nine-year partnership with Green Bay Packers star Aaron Rodgers after the quarterback detailed his reasoning for avoiding the three COVID-19 vaccinations endorsed by the NFL.

Ledo Pizza Signs NIL Deal With Maryland Wide Receiver Dontay Demus Jr.
November 5, 2021 via FSR magazine
Already a proud partner of the Maryland Terrapins, Ledo Pizza is continuing to show its support for the Terps by partnering with leading receiver Dontay Demus Jr. The Maryland-based pizza brand is uniting with Demus to use his name, image and likeness in its first-ever NCAA sponsorship.

Legal (Chicken) Tender: Duke Men’s Basketball Stars Secure Historic NIL Endorsements With Bojangles, Others
November 4, 2021 via The Chronicle
The end of the Coach K era comes next April, but a new era of Duke men’s basketball has already begun. The NIL era started when the Supreme Court ruled unanimously against the NCAA in an antitrust case June 21.

NFL Fails to Intercept Game Pass Lawsuit Over Super Bowl LIV
November 8, 2021 via Sportico – Law (subscription may be required)
A New York federal judge has refused to dismiss a lawsuit brought by an Australian-based “long-time fan of Andy Reid,” over a substandard stream of Super Bowl LIV.

NCAA Delegates NIL Rulemaking in Draft Constitution
November 8, 2021 via Front Office Sports
The governing body in U.S. college athletics released a draft constitution in which it stated that “Student-athletes may not be compensated by a member institution for participating in a sport, but may receive educational benefits and benefit from commercialization through use of their name, image, and likeness.”

Nascar Says Behind the Scenes Changes are Fueling Momentum and Will Do So For Years to Come
November 7, 2021 via Forbes – Business (subscription may be required)
It wasn’t all that long ago that NASCAR seemed to be going nowhere fast (pun intended). In 2004 Bill France Jr. son of NASCAR founder ‘Big’ Bill France, held court with a group of reporters around a table in the cafeteria of the media center at Daytona International Speedway.

Why Star Athletes Like LeBron James and Kevin Durant Are Jumping Into Hollywood as Producers
November 5, 2021 via TheWrap
Today’s sports superstars are no longer satisfied to limit their off-the-field endeavors to endorsing products or dabbling in guest appearances and cameo roles. Athletes are finding more creative freedom — and bigger dollars — as producers and content creators.

Celebrity Net Worth: David Bowie’s Music Catalogue Attracts Bids of $200 Million
November 6, 2021 via National Newspaper
Hot on the heels of Tina Turner’s $50 million extensive rights deal with music publisher BMG come a slew of million-dollar music catalogue sales – but posthumous this time. In dollar terms, the list is headed by David Bowie, whose legendary songwriting collection has “attracted bids of around $200 million”, according to the Financial Times.

How Hits by Drake, Ye & More Get Released Before Songwriter Pay Splits are Settled
November 5, 2021 via Billboard
Billboard explains the common practice of songwriters’ exact ownership and royalty percentages getting figured out months after the work is publicly released.

Bruce Springsteen Is Reportedly Negotiating a Multimillion-Dollar Catalog Sale With Sony Music
November 3, 2021 via Digital Music News
Earlier this week, reports suggested that the David Bowie estate was in talks to sell the “Space Oddity” creator’s songwriting catalog for $200 million. Now, Bruce Springsteen is reportedly looking to liquidate the entirety of his own catalog in a deal with Sony Music.

Catalog Jam: Springsteen and Bowie Join the Music Great Sales Bonanza
November 3, 2021 via Forbes – Business (subscription may be required)
Both are still squarely at the rumour stage, but Bruce Springsteen and the estate of David Bowie could be the latest names to join the great music catalog sales bonanza as prices tear through the roof.

BEASY Partners With Toldright to Provide Digital Asset Creation Services to Athletes, Musicians and Creators of all Types
November 9, 2021 via Yahoo Finance – Top Stories
Beasy, LLC Blockchain Made Easy (dba BEASY) announced on November 9 that it has agreed to a multi-year partnership with toldright, a first-of-its-kind production resource company.

New Plan to Tax Blockchain Ecosystem in the Works Amid Wide Adoption of NFT
November 8, 2021 via Business Standard Today’s Newspaper
With the wide adoption of NFTs in the country, the government is again examining the proposal to tax the blockchain ecosystem, which includes cryptocurrencies and such digital tokens.

A First of its Kind Music Rights NFT SaaS Platform & Metaverse on the Blockchain
November 5, 2021 via MarketWatch – All Company Press Releases News & Commentary
Aiming to change transparency in the music industry, a decentralized approach for music sync licensing, sample clearance, music streaming and downloads with royalty collection tools is coming.

Real Madrid and LAVA Deliver First-Ever Smart Ticket NFT Experiences on Flow That Transform Fan Engagement for Real Madrid’s 600 Million Global Fans
November 3, 2021 via PR Newswire – Finance News
On November 3, LAVATM announced that it has enabled the Real Madrid Football Club to issue smart ticket NFTs on Flow that can be collected and traded by fans all over the world.

NFT STARS, the Leading NFT Radio Station is Poised to Change the Music Industry Once and for All
November 3, 2021 via Yahoo Finance – Top Stories
The Australian NFT marketplace NFT STARS prepares for the launch of an innovative product called NFT Radio, which promises to be a big breakthrough in the music industry. NFT Radio is the first ever radio station to stream unique content 24/7 and sell all the audio related content as NFTs. 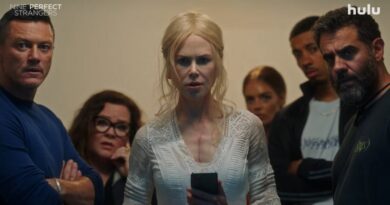 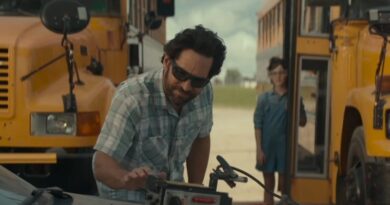 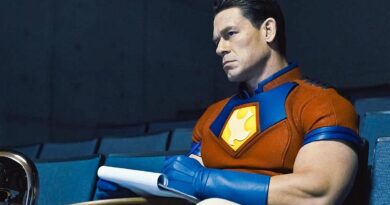