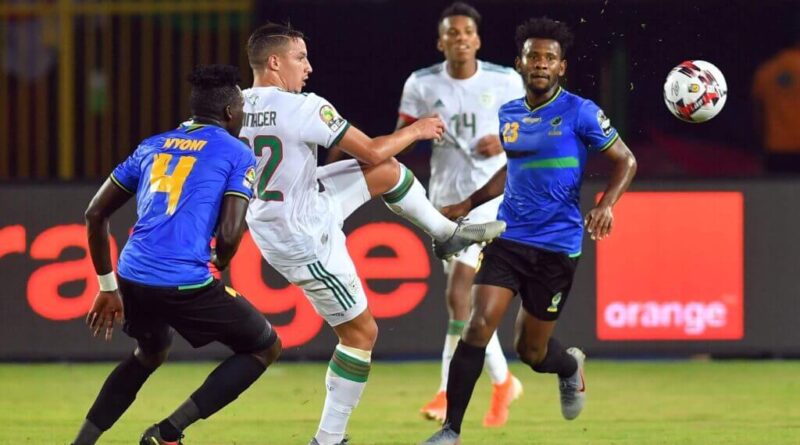 
After Mohammed Muntari scored the first ever World Cup finals goal for his naturalised nation Qatar and Mohammed Salisu found the net in an important win for Ghana over South Korea in the space of three days at the recent tournament, a photo taken of the two players a decade earlier did the rounds on social media.

Slim-built, wearing simple football outfits consisting of shorts and a T-shirt, along with brightly coloured boots, playing on a dusty pitch with debris on the side in the Ghanaian city of Kumasi, the two were pictured competing for possession of a ball, surely not realising what would come their way in 10 years’ time.

A decade later, these two boys each has a World Cup goal.

Muntari (in black) for Qatar.
Salisu (in red) for Ghana.

From the dirty pitches of Kumasi Ghana to the biggest stage in football 🫶🏼 pic.twitter.com/AtqSEPiYjc

This image of those humble beginnings helped demonstrate not just how far Muntari and Salisu had gone in their careers, but also how far the infrastructures that develop some of Africa’s young footballers can lag behind those in other parts of the world.

Morocco may have provided one of the most stirring plotlines of this year’s World Cup with their run to the semi-finals, a first for African football, but across many of the continent’s nations, the playing field is far from level.

The Confederation of African Football (CAF) is responsible for the management of football across Africa, including the Africa Cup of Nations and World Cup qualification for both men’s and women’s national teams.

With 54 members, it is one of the biggest continental associations (Europe’s UEFA has 55 members), but CAF is currently allocated five qualification places per World Cup (UEFA gets 13) — at the 2026 men’s World Cup, when the field expands from 32 sides to 48, that number is expected to increase to nine or 10.

Since 1957, when CAF was founded, only 13 African countries have played in the World Cup. The remaining 41 continue to develop their leagues and national teams — some do so in the face of corruption, poverty and climate issues.

Just over 75 per cent of CAF’s 54 member nations have never made a World Cup. Among the 13 that have, three made that debut appearance and never returned.

Among it all, football in East Africa lags behind.

CAF is split into five regional associations: UNAF (North), WAFU (West), UNIFFAC (Central), CECAFA (East-Central) and COSAFA (South). Of these, only CECAFA — made up of Burundi, Djibouti, Eritrea, Ethiopia, Kenya, Rwanda, Somalia, South Sudan, Sudan, Tanzania, Uganda and Zanzibar — has never had a country qualify for a World Cup.

In 2017, Somalia were unable to provide a team for the annual CECAFA Senior Challenge Cup, with CECAFA citing ongoing internal conflict within the Somali Football Federation (SSF) as the reason for their withdrawal. The SFF also came in for criticism following a 2-1 play-off defeat by Oman that meant failure to qualify for the 2021 Arab Cup, with former captain Ahmed Said Osanyo blaming a lack of training and saying: “Today, we did not lose to Oman. We lose to the Somali Football Federation.”

Today, Somalia are making progress on the pitch, albeit slowly.

Their youngsters have qualified for their first Under-17 Africa Cup of Nations by winning the CECAFA Under-17 Championship, where they beat South Sudan 3-1 in the October final. Playing in the U17 AFCON in Algeria next April will represent Somalia’s most high-profile tournament participation yet.

East African nations haven’t succeeded on a global scale but have managed to make their presence somewhat known on a more local level.

The 2019 Africa Cup of Nations in Egypt was the first time four East African countries participated in the continent’s showpiece tournament, with Uganda, Tanzania, Burundi and Kenya all qualifying.

‘’For the first decade and a half of African football, they (East African nations) posted very respectable results,” says African football specialist Maher Mezahi. “From 1957 to 1970, East Africa almost always had one team in the final four of the AFCON. Ethiopia won the AFCON in 1962, Sudan won it in 1970 and East Africa had four runners-up in the 11 tournaments from 1957 to 1978, when Uganda went on a historic run before losing to Ghana.’’

African football journalist Salim Said believes the challenges faced in East Africa can almost entirely be traced back to a relative lack of funding.

“It is difficult for federations to run football in their countries without the help of their governments; so how much money federations can invest depends on how much their superiors are willing to part with,” says Said.

“The general lack of money for the game at all levels has a huge effect on, well… absolutely everything. There is, across the board, inadequate infrastructure — from the dearth of good-quality pitches, which inhibits the technique of players and teams’ patterns of play, to the lack of national football centres.”

Unlike West and North Africa, the CECAFA region has not produced many high-level players for European or more local leagues, with an honourable mention to Victor Wanyama, who in 2012 became the first Kenyan to score in a Champions League game.

When analysing why there haven’t been more of them, Mezahi, who is Algerian, believes the impact of colonialism is inescapable. France has had a huge influence on West and North African history and society in comparison to other nations such as the UK, Italy and Portugal.

Mezahi mentions links to colonialism, and how differently the nations have been impacted.

“For example, with Algeria — it wasn’t just a colony of France, it was France. It was a department of France,” he says.

“As a result, settlers (in Algeria) created their own clubs that competed in the Coupe de France and other competitions. The best North African players could easily go to France and play for French clubs. Some, like Abdelaziz Ben Tifour, represented France at previous World Cups.

“Coaches like Kader Firoud (who managed Morocco, Algeria and French club Montpellier) benefited from European coaching institutions and brought that knowledge back ‘home’ after independence. So Algeria, Morocco, Tunisia, they became independent, and players like Abderrahmane Mahjoub, Larbi Ben Barek, Mustapha Zitouni and Rachid Mekhloufi brought that experience and savoir-faire (know-how) with them, and that is not the case for most East Africans.

‘’Ethiopia was never colonised. Tanzania, Kenya, Somalia, were never ‘swallowed’ into their European colonisers like the North (or West) Africans were, but there was also less exchange of information.’’

When you look at the teams at this year’s World Cup, many players were eligible to play for the nations they were born in, as well as those where their roots are.

This is a large advantage for some countries as they can attract players from clubs in the top leagues in Europe to represent them. For example, 14 of the 26-strong Morocco squad that did so well in Qatar were born beyond its borders. 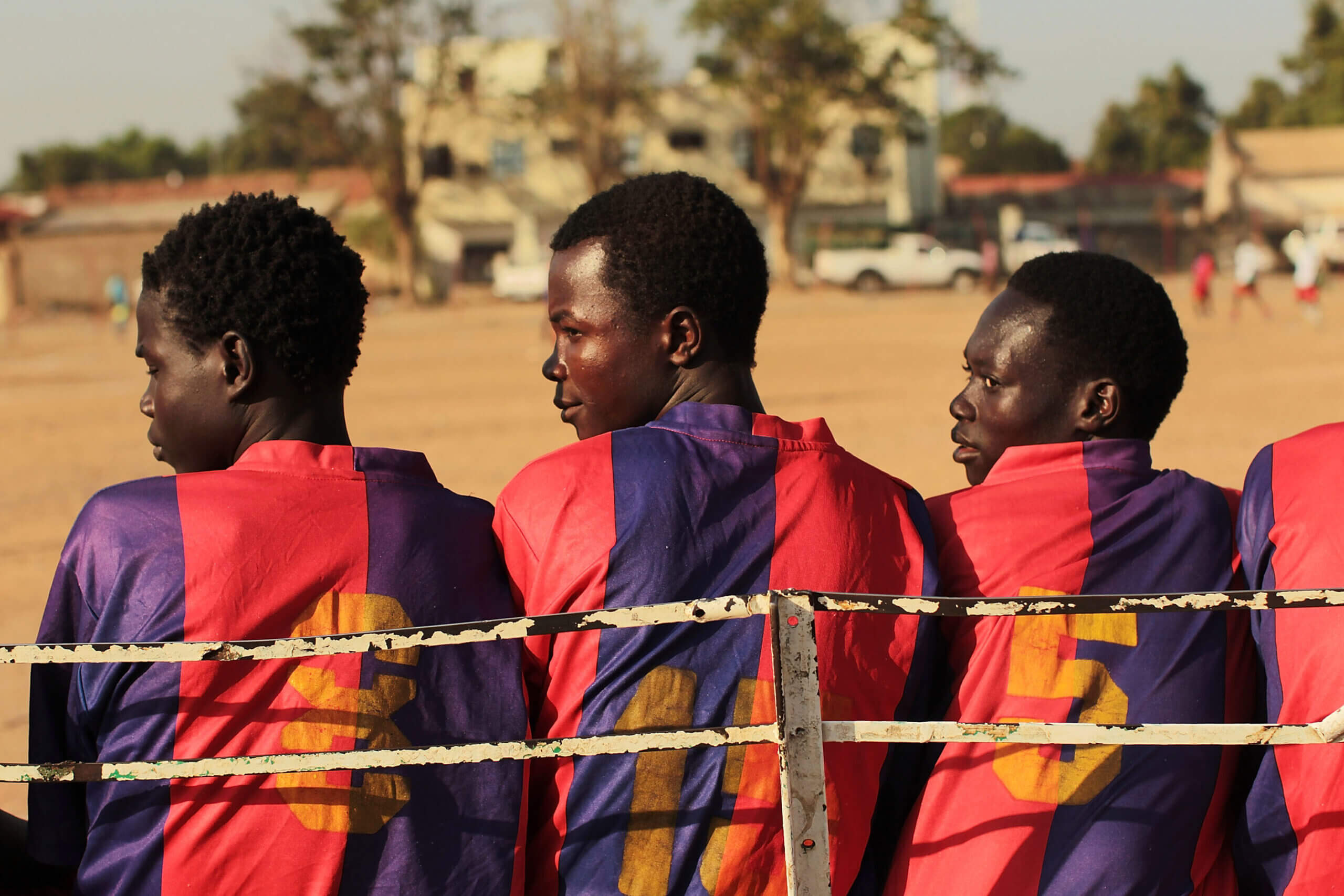 Players sit on the bench during a match in Juba, the capital of South Sudan (Photo: Spencer Platt/Getty Images)

“To be a successful national team in Africa, it helps to have players in the diaspora you can call up,” says Said. “These players should ideally be trained in the top academy facilities of Europe — as Morocco have recently shown, as well as recent AFCON winners Senegal and Algeria.

It is no surprise that the winners of these two competitions tend to hail from the African nations who regularly appear in the World Cup and predominately fall under specific regional federations. For example, Egypt have played in three World Cups. Cairo-based Al-Ahly have won the CAF Champions League/African Cup of Champions — Africa’s top club competition — a record 10 times and been in another five finals.

“The main reason why North African and South African clubs have dominated for so long is down to money,” says Mezahi. “Al-Ahly can have a yearly budget of up to $20million (£16.5m) — that is unheard of for a club like Saint George (from Addis Ababa in Ethiopia) or Gor Mahia (Nairobi, Kenya). The North Africans invest into more expensive and better infrastructure, and as a result, they buy the best players from all over the continent. The leagues are more competitive and produce better players.’’

Some argue that it is difficult to compare the different regions in Africa because of the way the political, economic and social environments vary from country to country. It is more likely, however, that you will find better facilities and infrastructure even at North Africa’s smaller clubs, compared to East Africa’s biggest ones.

“In North Africa, you can usually find that a third- or fourth-division side has better infrastructure and facilities in place than what is considered a big club in East Africa — or even the national teams,” says Said.

The top five African nations in terms of Gross Domestic Product (GDP) are Nigeria, Egypt, South Africa, Algeria and Morocco. A country’s GDP and their national football team’s quality may not necessarily be in direct correlation, but when a nation is able to invest in sports initiatives, it can develop a national football team to compete on a global scale.

Take Morocco, for example, which committed to developing local football talents in 2009 by creating the Mohamed VI Football Academy in the city of Sale, which cost around £12million to build. Their success in beating Spain and Portugal to reach the semi-finals at this year’s World Cup was not down to luck but a result of preparation and investment.

They set objectives such as developing national football stadiums, improving the local league and targeting underprivileged neighbourhoods in the country, helping to produce some of the players who stood out in Qatar. Azzedine Ounahi, Nayef Aguerd and Youssef En-Nesyri, who became the first Moroccan to score in two separate World Cups, all hail from the Mohamed VI academy.

The quality of Morocco’s domestic football was evident in the 2021 Arab Cup, when they reached the semi-finals with a team consisting of only local-league players. And Morocco’s manager at this World Cup, Walid Regragui, won the CAF Champions League with Casablanca club Wydad in May of this year before taking on the national-team role.

In contrast, former Tanzania head coach Emmanuel Amunike has been critical of the lack of football structure in that country and a lack of elite competition for players from its domestic league. 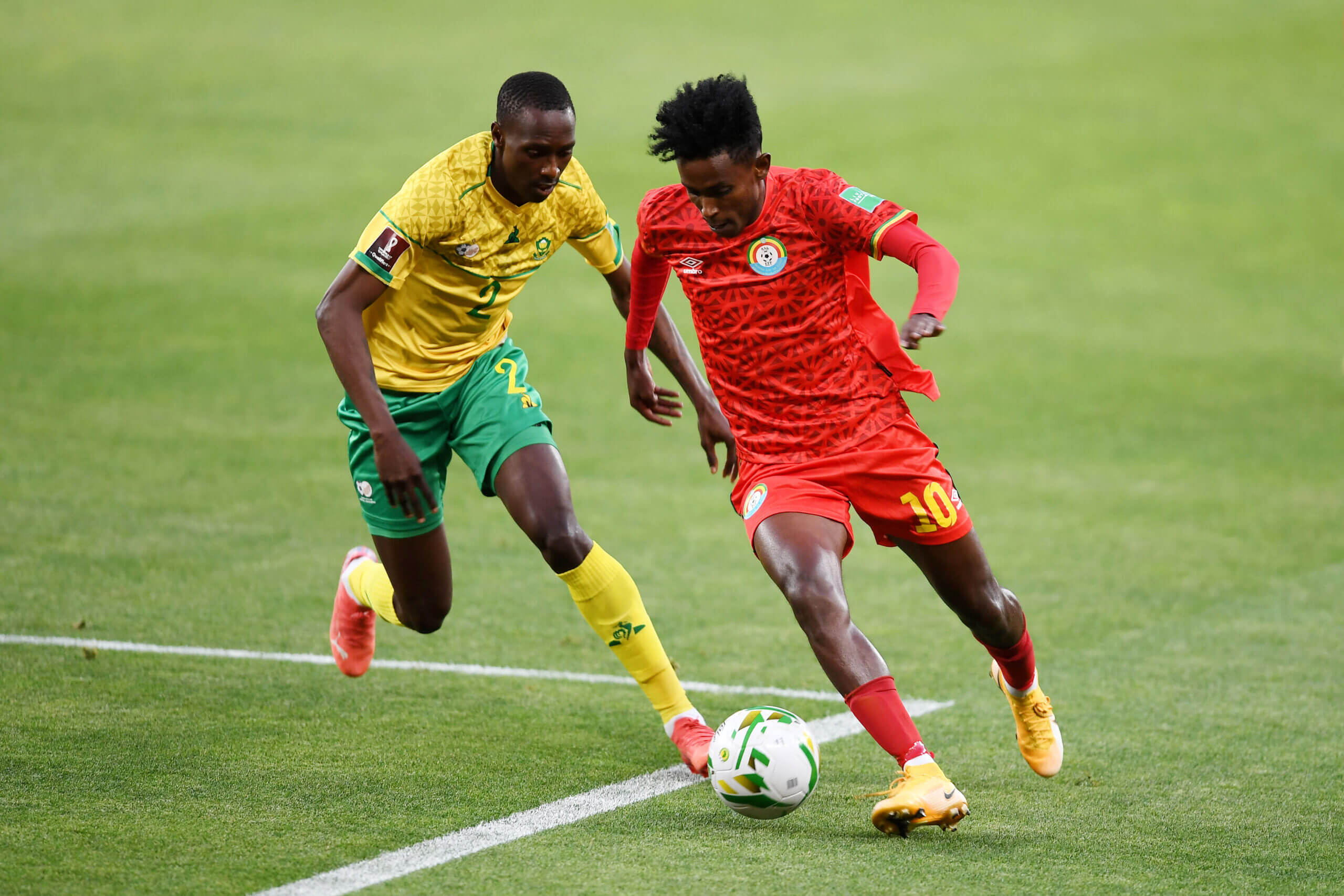 In many countries in the CECAFA region, track-and-field athletics could also be viewed as a more realistically aspirational sport. A Kenyan youngster may want to be the next Eliud Kipchoge (who won the men’s marathon at the last two Olympic Games), for example, rather than the next Wanyama. “It’s so easy (for such kids) to aspire to be an elite athlete, because you have seen it is realistically possible to be that,” says Said.

Dual nationality status also has an impact, with some competitive, more successful African countries able to lure players to represent them over another, weaker one they may also be eligible to represent.

In the face of many difficulties, football still provides an opportunity to bring nations who may be divided together. CAF is yet to produce a World Cup champion but there has been tangible progress, as shown by Morocco’s inspirational run to the final four in Qatar.

Regional sub-federations such as CECAFA, however, are still struggling to produce competitive national teams the way they did in the 1970s.

The need for investment and infrastructure at the grassroots level is essential to developing local talents, as well as identifying talent from the diaspora communities now playing for clubs across Europe and North America.

East African nations becoming competitive again at the Africa Cup of Nations, where qualifying for the 2023 tournament is now underway, is a vital first objective.

Like Regragui said after Morocco were beaten 2-1 by Croatia in the World Cup’s third-place play-off last Saturday, you can’t be kings of the world until you are kings of your continent.

(Top photo: Tanzania, in blue, in action at the 2019 Africa Cup of Nations. By Ahmed Hasan/Gallo Images/Getty Images) 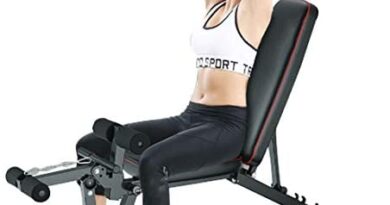 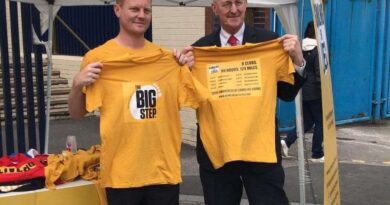 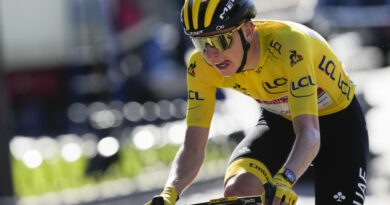