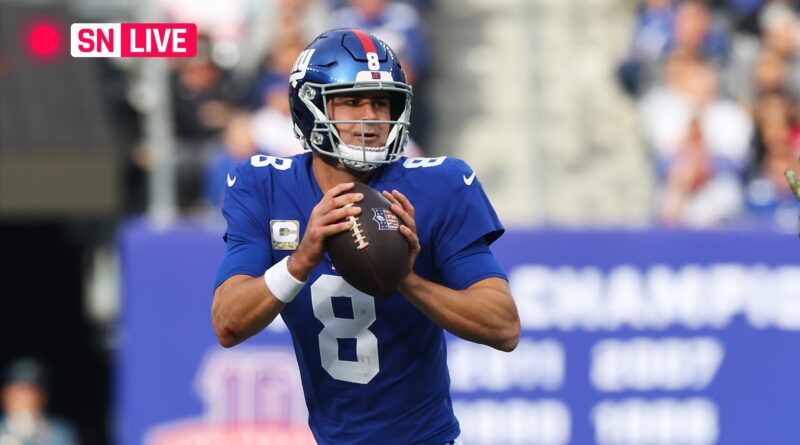 
The Buccaneers will look to break their losing streak as they face the Giants on « Monday Night Football. »

Coming off back-to-back losses against the Saints and the Washington Football Team, the Buccaneers will battle the Giants to keep their lead over the NFC South. Tom Brady will lead the Buccaneers at quarterback as he prepares to face the ninth-ranked pass defense in the league. Meanwhile, the Giants will look to come off a bye week capitalizing against the Buccaneers.

Tampa Bay struggled against Washington during its 29-19 loss, as Brady threw two interceptions in his first six passes. Running back Leonard Fournette, who leads the Buccaneers with 486 rushing yards, ran for only 47 yards against Washington. However, veteran tight end Rob Gronkowski will make his return after suffering back spasms, cracked ribs, and a punctured lung that kept him out for five games.

Leonard Williams and Azeez Ojulari — who both lead the Giants with 5.5 sacks — will look to make life difficult for Brady, Fournette, and Gronkowski. Offensively, quarterback Daniel Jones will finally be able to make use of running back Saquon Barkley as the latter makes his return from an ankle injury. Although the running back has struggled to stay healthy throughout the season, Barkley and running back Devontae Booker will be challenged against the NFL’s top-ranked rushing defense. The Giants also activated left tackle Andrew Thomas from the injured reserve after he missed four of the last five games with foot and ankle injuries.

10:35 p.m.: Giants are forced to punt after they fail to complete on third and long. Buccaneers start their drive from the 22.

10:27 p.m.: Jones completes to Barkley for a seven-yard gain, but Slayton is called for an illegal block. Giants are pushed back to the 44.

10:24 p.m.: Jones completes to Toney for seven yards on fourth down, giving the Giants a first from the Tampa Bay 48. Hernandez is called for offensive holding, pushing the Giants back to their own 42.

10:15 p.m.: FIELD GOAL BUCCANEERS. Succop makes a 40-yard attempt that keeps the Buccaneers ahead. Tampa Bay leads 27-10 with 3:58 remaining in the third quarter.

10:13 p.m.: INTERCEPTION BUCCANEERS. McLendon picks off a pass from Jones intended for Myarick. Buccaneers take over from the Giants’ 37.

10:08 p.m.: TOUCHDOWN BUCCANEERS. Brady completes to Evans in the end zone for five yards. Tampa Bay extends their lead 24-10 with 7:31 remaining in the third quarter.

10:02 p.m.: Brady throws a deep pass to Fournette at the Giants’ 15 for 29 yards. After Tampa Bay is called for an illegal substitution penalty, they push back to the 49.

9:56 p.m.: Jones completes to Toney for eight yards, but falls short of the first down. Judge decides to go for it on fourth down, but Jones throws an incomplete pass and allows the Buccaneers to take over at the 25.

9:35 p.m.: Buccaneers punt for the first time of the game and give the Giants possession at their own nine with under a minute remaining in the half.

9:31 p.m.: Brady connects with Godwin for 34 yards as he falls down at the Giants’ 1. After an offensive holding penalty, the Buccaneers are pushed back to the 45.

9:22 p.m.: Giants punt after they fail to convert on third down. Fournette rushes for two yards at the Tampa Bay 15 to start the drive.

9:20 p.m.: Jones connects with Toney, who rushes for six yards and is pushed out of bounds. After Tampa Bay challenged the completion ruling, the call was reversed and ruled incomplete.

9:12 p.m.: TOUCHDOWN BUCCANEERS. Jones rushes six yards into the end zone to keep the Buccaneers ahead. After the extra point, Tampa Bay leads 17-10 with 5:06 remaining in the half.

9:08 p.m.: Brady connects with Brate for 12 yards to give the Buccaneers a first and goal at the six.

9:05 p.m.: Brady fires a deep pass to Gronkowski for 35 yards to position the Buccaneers at the Giants’ 29.

8:59 p.m.: INTERCEPTION, GIANTS. Jackson picks off a pass from Brady that was tipped at the Tampa Bay 15.

8:55 p.m.: Giants pick up eight yards on the drive, and are forced to punt after Jones throws an incompletion on third down.

8:52 p.m.: FIELD GOAL BUCCANEERS. Succop kicks a 25-yard attempt after Brady throws an incompletion on third down. Tampa Bay leads 10-3 with 11:20 remaining in the half.

8:49 p.m.: Giants fail to make the stop on third down as Brady completes to Evans for seven yards at the Giants’ 17.

8:48 p.m.: Johnson blocks a pass from Brady intended for Brate.

8:45 p.m.: Brady rushes up the middle for 10 yards on third down to position the Buccaneers at the Giants’ 23.

8:42 p.m.: Gronkowski gets his first reception of the night for six-yard gain at the Giants’ 46.

8:38 p.m.: Brady completes to Godwin for seven yards, then fires consecutive passes to Fournette for a combined 18 yards.

8:35 p.m.: FIELD GOAL GIANTS. After Jones fails to complete a pass attempt on third down, Gano kicks a 37-yard field goal to put the Giants on the board. Buccaneers lead 7-3 with 4:08 remaining in the first quarter.

8:33 p.m.: A false start penalty against the Giants on third down pushes them back to the 14.

8:28 p.m.: Jones rushes up the left for a gain of six yards, then throws a nine-yard pass to Engram for a first down at the Tampa Bay 33.

8:25 p.m.: Jones completes a pass to Darius Slayton for nine yards and gives the Giants a first down at their own 36.

8:21 p.m.: TOUCHDOWN BUCCANEERS. Brady completes a pass to Godwin, who runs into the end zone for the 13-yard score. Tampa Bay takes an early 7-0 lead on their opening drive with 11:03 remaining in the first quarter.

8:20 p.m.: Fournette rushes for seven yards, then completes a three-yards pass to give the Buccaneers a first down at the 16.

8:17 p.m.: Godwin rushes for eight yards, then picks up another seven yards on the following play to give Tampa Bay a first down at the Giants’ 48.

8:15 p.m.: Giants win the coin toss and defer. Buccaneers start with the ball from the 27.

What channel is Giants vs. Buccaneers on today?

Giants vs. Buccaneers will be broadcast nationally on ESPN for « Monday Night Football » in Week 11. ESPN will have its regular booth broadcasting this game, with Steve Levy, Brian Griese and Louis Riddick. Lisa Salters will be on the sideline.

Meanwhile, viewers in Canada can watch the game on DAZN free with a 30-day trial.

This game will be kicking off at 8:15 p.m. EST, standard time for “Monday Night Football.”

Because « Monday Night Football » is aired on ESPN, it will be available to stream live on all of the team’s digital platforms (ESPN.com, ESPN App, etc.). This will be the easiest way for viewers with cable or satellite to view the game.

Cord-cutters also have plenty of options with which they can stream « Monday Night Football » during the 2021 NFL season. 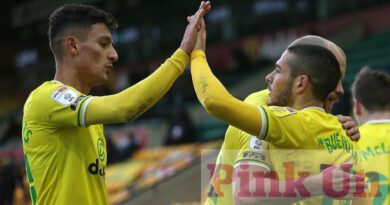 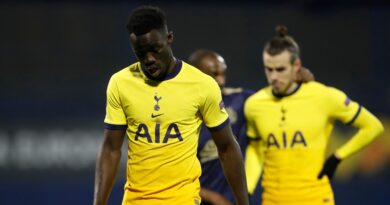 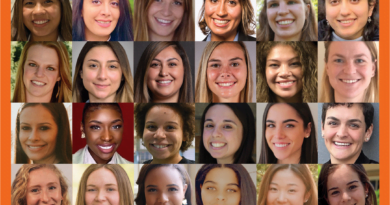