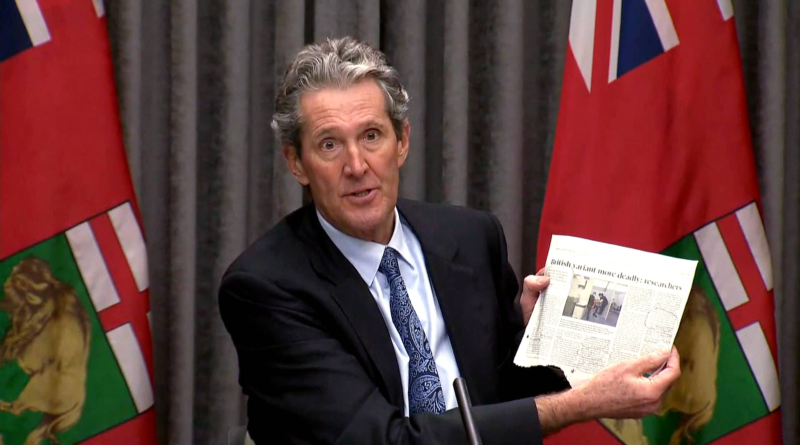 Answering growing frustration over vaccine shortages, President Joe Biden announced that the U.S. is ramping up deliveries to hard-pressed states over the next three weeks and expects to provide enough doses to vaccinate 300 million Americans by the end of the summer or early fall.

Biden, calling the push a « wartime effort, » said Tuesday the administration was working to buy an additional 100 million doses of each of the two approved coronavirus vaccines. He acknowledged that states in recent weeks have been left guessing how much vaccine they will have from one week to the next.

Shortages have been so severe that some vaccination sites around the U.S. had to cancel tens of thousands of appointments with people seeking their first shot.

He promised a roughly 16 per cent boost in deliveries to states over the next three weeks.

The administration said it plans to buy another 100 million doses each from drugmakers Pfizer and Moderna to ensure it has enough vaccine for the long term. Even more vaccine could be available if federal scientists approve a single-dose shot from Johnson & Johnson, which is expected to seek emergency authorization in the coming weeks.

The Centers for Disease Control and Prevention reported that the government plans to make about 10.1 million first and second doses available next week, up from this week’s allotment of 8.6 million. The figures represent doses of both the Pfizer and Moderna vaccines. It was not immediately clear how long the surge of doses could be sustained.

Governors and top health officials have been increasingly raising the alarm about inadequate supplies and the need for earlier and more reliable estimates of how much vaccine is on the way so that they can plan.

Biden’s team held its first virus-related call with the nation’s governors on Tuesday and pledged to provide states with firm vaccine allocations three weeks ahead of delivery.

Biden’s announcement came a day after he grew more bullish about exceeding his vaccine pledge to deliver 100 million injections in his first 100 days in office, suggesting that a rate of 1.5 million doses per day could soon be achieved.

The administration has also promised more openness and said it will hold news briefings three times a week, beginning Wednesday, about the outbreak that has killed over 420,000 Americans.

As of Tuesday afternoon, the CDC reported that just over half of the 44 million doses distributed to states have been put in people’s arms. That is well short of the hundreds of millions of doses that experts say will need to be administered to achieve herd immunity and conquer the outbreak.

The U.S. ranks fifth in the world in the number of doses administered relative to the country’s population, behind No. 1 Israel, United Arab Emirates, Britain and Bahrain, according to the University of Oxford.

The reason more of the available shots in the U.S. haven’t been dispensed isn’t entirely clear. But many vaccination sites are apparently holding large quantities of vaccine in reserve to make sure people who have already gotten their first shot receive the required second one on schedule.

Also, some state officials have complained of a lag between when they report their vaccination numbers to the government and when the figures are posted on the CDC website.

Emergency debate in Parliament on vaccines

Canada is facing its own struggles with vaccine rollout, as provinces call for more supply from Ottawa to meet demand.

No doses of the Pfizer-BioNTech vaccine will arrive in Canada this week, and there will be a reduction in deliveries next week too as the company retools a production facility in Europe.

During an emergency debate Tuesday night, Procurement Minister Anita Anand told the House of Commons that Pfizer has assured her it will ramp up its deliveries once its plant is upgraded and will still meet its contractual obligation to supply Canada with four million doses by the end of March. Another two million doses are scheduled from Moderna by that time.

With those two vaccines alone, Anand said the country remains on track to meet the government’s goal of vaccinations for every willing Canadian by the end of September. If Health Canada authorizes any of the other five vaccine candidates for which the government has contracts, she said that schedule could be accelerated.

Conservative Leader Erin O’Toole criticized Prime Minister Justin Trudeau for suggesting earlier in the day that Canada is « in good shape » when it comes to the vaccine supply.

« He thinks we’re in good shape when Canadians will only receive eight per cent of the vaccines his government promised Canadians just last month, » O’Toole said. « If this is what the prime minister considers good shape … what does he consider terrible shape? Three per cent? »

The vaccine rollout across the 27-nation European Union has also run into roadblocks and has likewise been criticized as too slow. Pfizer is delaying deliveries while it upgrades its plant in Belgium to increase capacity. And AstraZeneca disclosed that its initial shipment will be smaller than expected.

The EU, with 450 million citizens, is demanding that the pharmaceutical companies meet their commitments on schedule.

-From The Associated Press, The Canadian Press and CBC News, last updated at 6:30 a.m. ET

Ontario reported 1,670 new cases of COVID-19 on Wednesday and 49 additional deaths. According to a provincial site, hospitalizations stood at 1,382, with 377 patients in intensive care units.

The province said Tuesday it plans to ease COVID-19 restrictions in some regions as of Feb. 8 if the situation in the province continues to improve. Premier François Legault said the average number of new cases in the province has declined in recent weeks — something he credits to government measures that include a nighttime curfew.

In Manitoba, Premier Brian Pallister said Tuesday that people coming into the province will have to self-isolate for 14 days, with some exemptions. 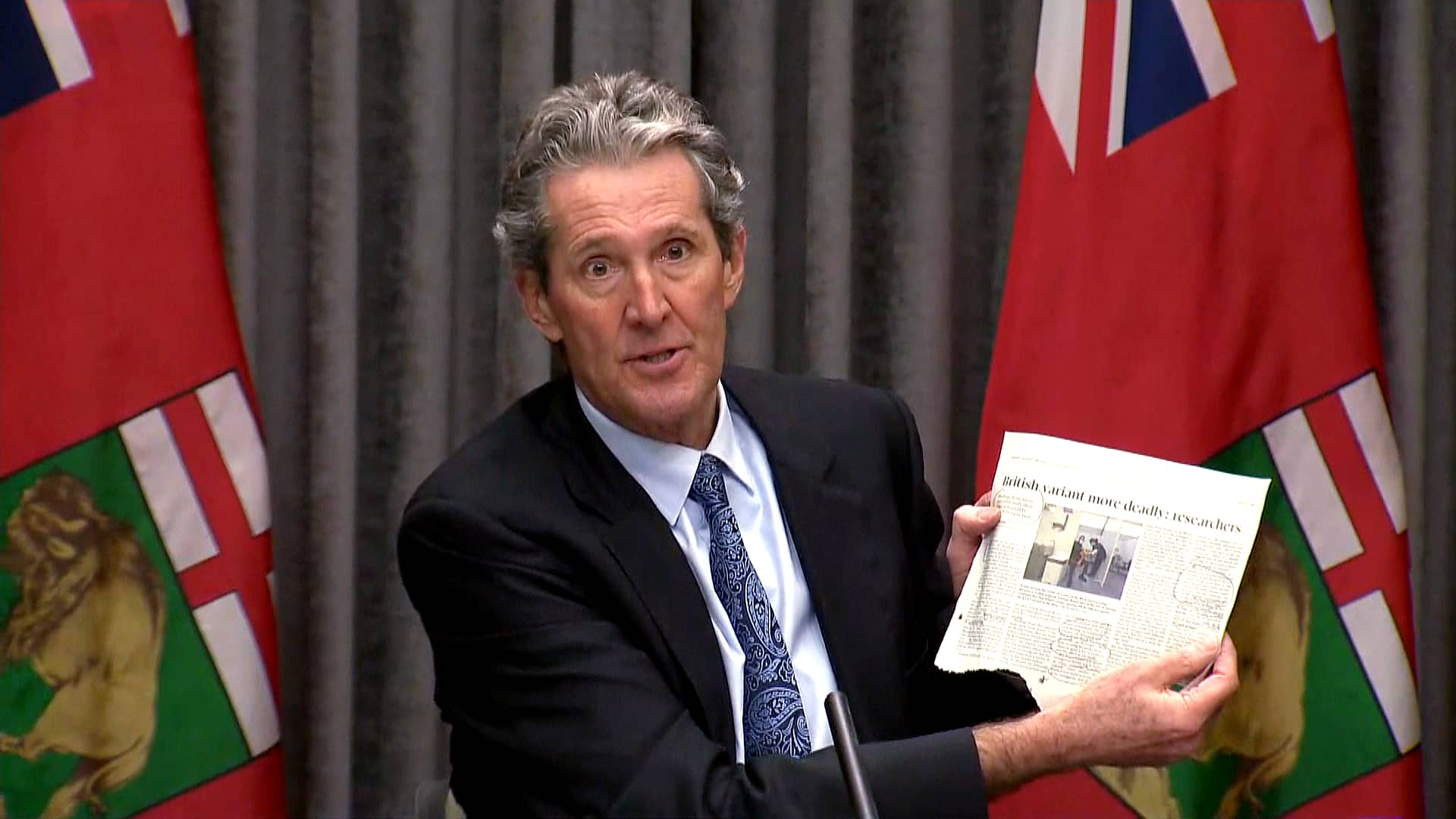 Manitoba Premier Brian Pallister says Manitoba is worried about variants of COVID-19 which have been detected in B.C. and Alberta. Starting Friday, anyone entering Manitoba, including people coming from Western Canada, will have to self-isolate for 14 days. 29:00

Here’s a look at what’s happening across the country:

What’s happening around the world

As of early Wednesday morning, more than 100 million cases of COVID-19 had been reported worldwide, with more than 55.4 million of those considered recovered or resolved, according to Johns Hopkins University. The global death toll stood at more than 2.1 million.

In the Asia-Pacific region, China has given more than 22 million coronavirus vaccine shots to date as it carries out a drive ahead of next month’s Lunar New Year holiday, health authorities said Wednesday. The effort, which began six weeks ago, targets key groups such as medical and transport workers and has accelerated vaccinations in China. About 1.6 million doses had been given over several months before the campaign began.

« The carrying out of vaccination has been ongoing in a steady and orderly manner, » Zeng Yixin, vice chairman of the National Health Commission, said at a news conference.

He said that 22.76 million doses had been administered as of Tuesday. It’s not clear how many people that represents since the vaccine is given in two doses, and some may have received their second shot.

China, which largely stopped the spread of the virus last spring, has seen fresh outbreaks this winter in four northern provinces. About 1,800 new cases have been reported since mid-December, including two deaths. Authorities are strongly discouraging people from travelling during the Lunar New Year holiday, a time when Chinese traditionally return to their hometowns for family gatherings.

South Korea has reported 559 new cases of the coronavirus, its highest daily increase in 10 days, as health workers scrambled to slow transmissions at religious facilities, which have been a major source of infections throughout the pandemic. The figures released by the Korea Disease Control and Prevention Agency on Wednesday brought the national caseload to 76,429, including 1,378 deaths.

Nearly 300 of the new cases came from the Seoul metropolitan area, home to half of the country’s 51 million people, where infections have been tied to various places, including churches, restaurants, schools and offices.

Bangladesh started vaccinations against coronavirus in the nation’s capital, with the hope of administering more than 30 million doses over next few months.

In Europe, health authorities in Spain said they are running short of COVID-19 vaccines due to delays in deliveries by pharmaceutical companies. Northeast Catalonia, home to Barcelona, said 10,000 people who had received the first dose of the Pfizer vaccine won’t be able to get their required second dose administered as planned 21 days later.

Regional authorities for the territory surrounding the capital of Madrid also said they were halting the administration of the first shot of the Pfizer vaccine to ensure that those awaiting a second shot could get it as scheduled.

Spain has administered 95 per cent of the 1.3 million vaccines it has received as part of the EU plan, according to its health ministry.

Meanwhile, the daily number of new coronavirus infections in France remained over 20,000 on average for the fourth straight day on Tuesday, while hospitalizations reached an eight-week high of 27,041.

Portugal’s government was urged to transfer COVID-19 patients abroad as deaths hit a record high and the oxygen supply system of a large hospital near Lisbon partly failed from overuse.

Russian President Vladimir Putin, meanwhile, said on Wednesday that the global COVID-19 pandemic could drag on unless millions of people receive protection from the virus. He made the comments while speaking at a virtual meeting of the World Economic Forum.

In the Americas, Mexico’s Deputy Health Minister Hugo Lopez-Gatell said emergency use of Russia’s Sputnik V COVID-19 vaccine should be authorized within days.

WATCH | Brazil struggles to keep up with rising COVID-19 infections: 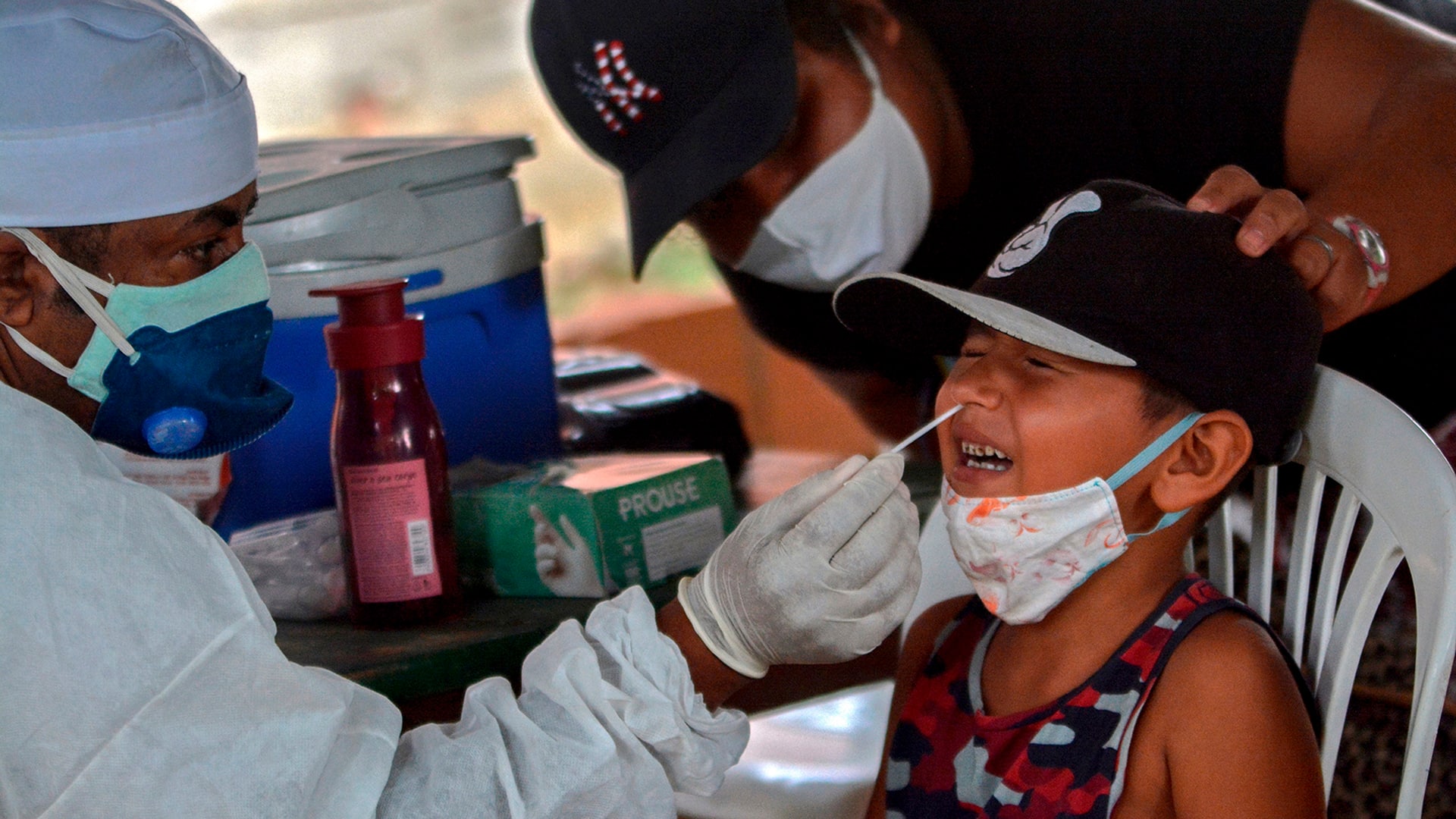 Brazil has the world’s second-highest COVID death toll, and the health care system cannot keep up with new infections. Doctors on the ground say they’re exhausted and desperate for more equipment. 2:28

In Africa, South Africa has approved AstraZeneca’s COVID-19 vaccine for emergency use and is reviewing applications by rival manufacturers, Johnson & Johnson and Pfizer, the medicines regulator said on Wednesday.

In the Middle East, Bahrain said it’s discovered a mutated strain of the coronavirus on the island kingdom and will send students to home for remote schooling for the next three weeks. The island in the Persian Gulf off Saudi Arabia also said it would stop dining-in service at restaurants and cafes during that time period. The restrictions are set to begin Sunday.

Iran urged the new U.S. president this week to lift sanctions that it said were hampering Tehran’s fight against the pandemic, and approved the import and production of Russia’s Sputnik V vaccine.

-From The Associated Press and Reuters, last updated at 10:50 a.m. ET

Have a question or something to say about the pandemic? CBC News is live in the comments now or you can send your coronavirus questions to COVID@cbc.ca 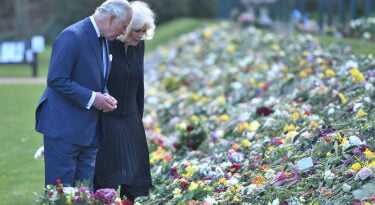 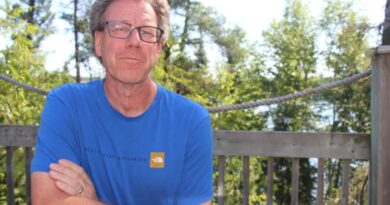