In early April, President Biden announced a proposed regulatory fix to the so-called family glitch in the Affordable Care Act (ACA), which leaves some members of lower-income families ineligible for the ACA’s premium subsidies. The proposed fix was announced with great fanfare at a White House event. In addition to Biden, Vice President Harris and former President Obama gave remarks. The occasion was the first time Obama had been back to the White House since leaving office. Yet, in spite of this fanfare, there is no legal foundation to support this fix.

The plain language of the statutory text unambiguously includes the family glitch as part of the process to determine eligibility for premium subsidies. The legislative history confirms this plain reading and shows how Senate amendments narrowed premium subsidy eligibility standards for families. Furthermore, this narrower eligibility standard served several important purposes that helped Congress negotiate the competing mix of priorities necessary to enact the ACA: The family glitch lowered the ACA’s cost, reduced the incentive for employers to drop coverage, and protected the individual market risk pool. The family glitch may be disfavored today, but Congress enacted it by design and fixing it administratively would illegally sidestep Congress.

What Is The Family Glitch?

Under the ACA, people generally do not qualify for premium subsidies if they are offered coverage by their employer. This is referred to as the “firewall” between employer coverage and subsidized coverage. There is an exception that allows employees to still qualify for premium subsidies if the coverage offered by their employer is deemed not “affordable.” To be affordable, the employee’s share of the premium for “self-only coverage” must not exceed 9.5 percent of household income. This is referred to as the “required contribution percentage.”

The Department of the Treasury proposed regulations in August 2011 concluding that the statutory text of the ACA specifies that affordability is linked to self-only coverage only. Treasury did not finalize this proposal when they finalized other aspects of this rule in 2012. Instead, they acknowledged that some commenters argued that affordability for related individuals should be based on the cost of family coverage and deferred the issue to future rulemaking without addressing the comments.

After further consideration of the public comments and text of the statute, the Obama-era Treasury eventually finalized the rule as proposed without change in February 2013. This final rule, in response to opposing comments, explained in some detail how the statutory language does not support a broader affordability standard and never hinted at any ambiguity in the statute. Nor did Treasury suggest their conclusions were steered by policy preferences or regulatory discretion. Instead, the agency appeared to be resting on a rather straightforward statutory construction analysis.

Treasury’s New Proposed Rule: Why Its Reasoning Is Unpersuasive

Nonetheless, citing President Biden’s 2021 Executive Order 14009, Strengthening Medicaid and the Affordable Care Act, the proposed rule declares the statutory language ambiguous and embarks on a reexamination of the current interpretation. After reexamining the statute, Treasury states that they have “tentatively determined” that “the statute is better read to require a separate affordability determination for employees and for family members.”

Treasury’s arguments for this interpretation of the statute largely mirror a legal analysis Katie Keith briefly outlined in a Health Affairs Forefront article on fixing the family glitch last year. While Treasury maintains this reexamination offers “the better reading,” the thread connecting the department’s arguments begins to quickly unravel upon a closer examination of the statute and other supporting sources. Most fundamentally, Treasury’s new analysis errs by basing eligibility for premium subsidies in part on a “special rule” concerned only with determining eligibility for exemptions from the individual mandate penalty for people with access to employer coverage due to a relationship with the employee.

Treasury’s initial argument begins by attempting to introduce ambiguity into the statute where it had previously found none. This is necessary to justify the reexamination and introduce an alternative reading. However, the statute provides a very clear, unambiguous test for whether employer-sponsored coverage is affordable to related individuals for the purpose of determining eligibility for premium subsidies under Internal Revenue Code section 36B. (All statutory references in this article are to Internal Revenue Code provisions enacted as part of the ACA unless otherwise noted.)

According to section 36B(c)(2)(C)(i)(II), an employee’s coverage is not affordable when “the employee’s required contribution (within the meaning of section 5000A(e)(1)(B)) with respect to the plan exceeds 9.5 percent of the applicable taxpayer’s household income” (emphasis added). This is followed by “flush” language—language in the tax code with no letter or number next to it—stating: “This clause shall also apply to an individual who is eligible to enroll in the plan by reason of a relationship the individual bears to the employee.”

JCT Error Does Not Reveal Confusion

In fact, internal inconsistencies in this JCT report and a comparison to language in a prior Senate Finance Committee report suggest the error surfaced from a simple cut-and-paste drafting error, not confusion over the statute. The error occurred on page 15 of the JCT report, but footnote 70 on page 33 of the report clearly explained, “Although family coverage costs more than 9.5 percent of income, the family does not qualify for a tax credit.” Moreover, the footnote contrasts how the tax credit-eligibility determination is not based on the cost of family coverage with how affordability for the individual mandate exemption is based on the cost of family coverage. This clear description in full agreement with the errata shows the previous mistake resulted from a simple drafting error, not confusion.

But how might such a drafting error occur? It turns out congressional staff with the Senate Finance Committee used language nearly identical to the erroneous JCT language in a report published on October 19, 2009 describing S. 1796, the America’s Healthy Future Act of 2009, as introduced in the Senate on the same day. This was one of two Senate bills that were later consolidated and amended to create the ACA, which the Senate passed on December 24, 2009. This earlier version of the ACA did not include the statutory text that ultimately established the family glitch. This leads to the obvious explanation that JCT introduced the error by mistakenly cutting and pasting a description of this earlier version without updating it.

The JCT error and its relationship to descriptions of S. 1796 reveal how the Senate amended S. 1796 to add the family glitch to the ACA by design, not by accident.

As introduced, S. 1796 based the required contribution on the cost of health coverage generally and cross-referenced the section 36B affordability test to both the definition of required contribution and the special rule in section 5000(A)(e). In addition, the special rule did not include language limiting it to the individual mandate exemption. Under this framework, the affordability test for premium subsidy eligibility and individual mandate exemption would have been the same and affordability for related individuals would be based on the cost of family coverage. Consequently, this version of the legislation did not include the family glitch.

The coordination between these three amendments demonstrates how the Senate established the family glitch by design. Importantly, Treasury’s proposed interpretation reflects exactly how the ACA would have worked under S. 1796 without these amendments. Logically then, to adopt this interpretation, Treasury must also adopt the position that the amendments changed nothing, which is an untenable position.

No Inconsistency With Other ACA Provisions

Treasury also argues the proposed interpretation would “promote consistency between the affordability rules in these provisions and 42 U.S.C. 18081(b)(4)(C), which requires Exchange applicants to separately provide the required contributions of employees and of related individuals to determine eligibility for premium tax credits. In the Treasury Department’s view, the requirement to provide this information would make little sense if eligibility for tax credits depended only on the cost to the employee for self-only coverage” (emphasis added).

To round out their rationale, Treasury argues, “The proposed amendment would also support efforts to achieve the goal of the ACA to provide affordable, quality health care for all Americans.” This is certainly true, but it ignores all the other competing goals and priorities that shaped the ACA.

Alongside the goal to expand affordable coverage, the ACA reflected several complementary and competing congressional goals, which the family glitch helped support. First and foremost, in his September 2009 health care speech to the joint session of Congress, President Obama proclaimed that “our health care problem is our deficit problem” and promised that he would “not sign a plan that adds one dime to our deficits.” Including the family glitch helped reduce the cost of Exchange subsidies, which mitigated the subsidies’ deficit impact.

In the same speech, Obama also emphasized the ACA’s goal to “provide more security and stability to those who have health insurance.” To that end, the ACA is structured to avoid displacing the coverage people already have, which is supported by the law’s firewall between subsidized individual market coverage and employer coverage, Medicaid, and Medicare. The family glitch bolsters this firewall.

Finally, in designing the ACA, Congress recognized the law needed to promote a balanced risk pool in the individual health insurance market with policies to guard against adverse selection—a situation where sicker people select coverage based on their health status. In a November 2009 analysis, the Congressional Budget Office and JCT projected that people qualifying for premium subsidies because their employer failed to offer affordable coverage would be “older and in poorer health” and, therefore, “tend to increase average medical spending and average premiums.” Introducing the family glitch reduced this flow of people into the risk pool and, therefore, protected it.

In 2010, Democrats in Congress resorted to a legislative process that cut corners to pass the ACA without needing to reach across the aisle. When Democrats lost a filibuster-proof majority in the Senate after Republican Scott Brown filled Ted Kennedy’s seat in January 2010, they turned to the budget reconciliation process. As a result, the ACA includes several policies that would never have become law if Democrats had allowed a House and Senate conference committee to negotiate and manage the law’s competing goals.

Given more time to deliberate on a bipartisan basis, Congress might have removed the family glitch and gone back to the original Senate Finance Committee language that did not base affordability on the cost of self-only coverage and did not limit the special rule for related individuals to determining individual mandate exemptions. This did not happen. Rather, the family glitch became law. Fixing it therefore requires Congress. 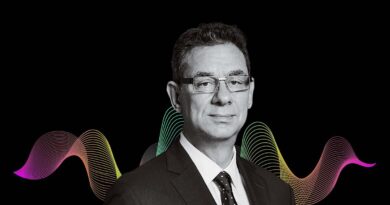 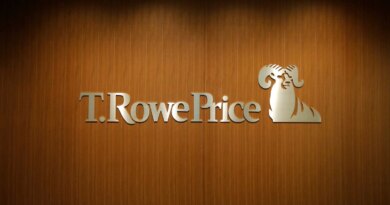 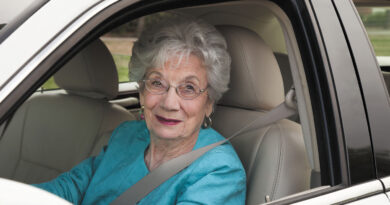